I've got a content type called PartyGuest. That content type has an entity reference field for "Primary Guest", so if I'm inviting Bob and Jane to the party, Bob and Jane are both content nodes but I only want to send one invitation so I make Bob's "Primary Guest" value equal to Jane. That way I know that Bob should be included on Jane's invitation.

When I'm looking at Jane's node (or editing Jane's node), I would like to be able to see a list of everyone else who is on Jane's invitation.

How do I make my context filter grab the value from the url?

I've set the Contextual Filter to provide a Default value and to pull it from the 2nd URL path component, but it doesn't seem to work. Even when I have it set this way, it only works if I put "61" into the Preview box, but does not work if I put "node/61" into the preview box. 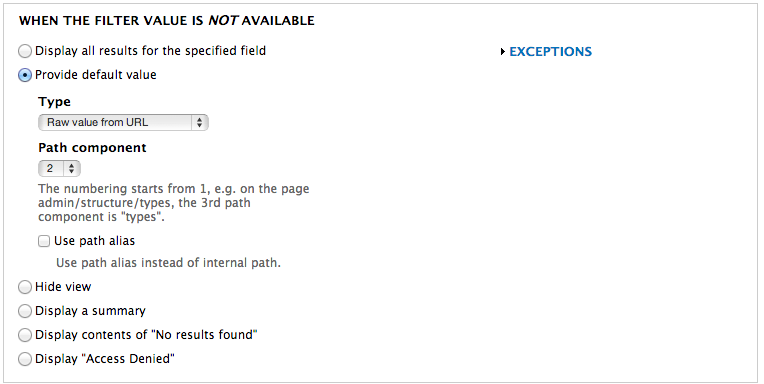 I've also tried setting the Default value to be the Content Id from the URL with no luck.

What am I missing?

"Content Id from URL" is indeed what you want. The preview box doesn't care for the rest of the url (the /node/*/edit part) and takes everything entered there as an argument.