How to distinguish radio and checkbox type in drupal

I have a content type which consists four types of fields. checkbox, radio, select, select multiple

I'm using field_info_instances('node','bundle_name') in my custom module to get filed info for my content type. I need this info to use somewhere.

My question is, how can I distinguish the checkbox type and radio type.same problem for select and multi select also.

Here is the output 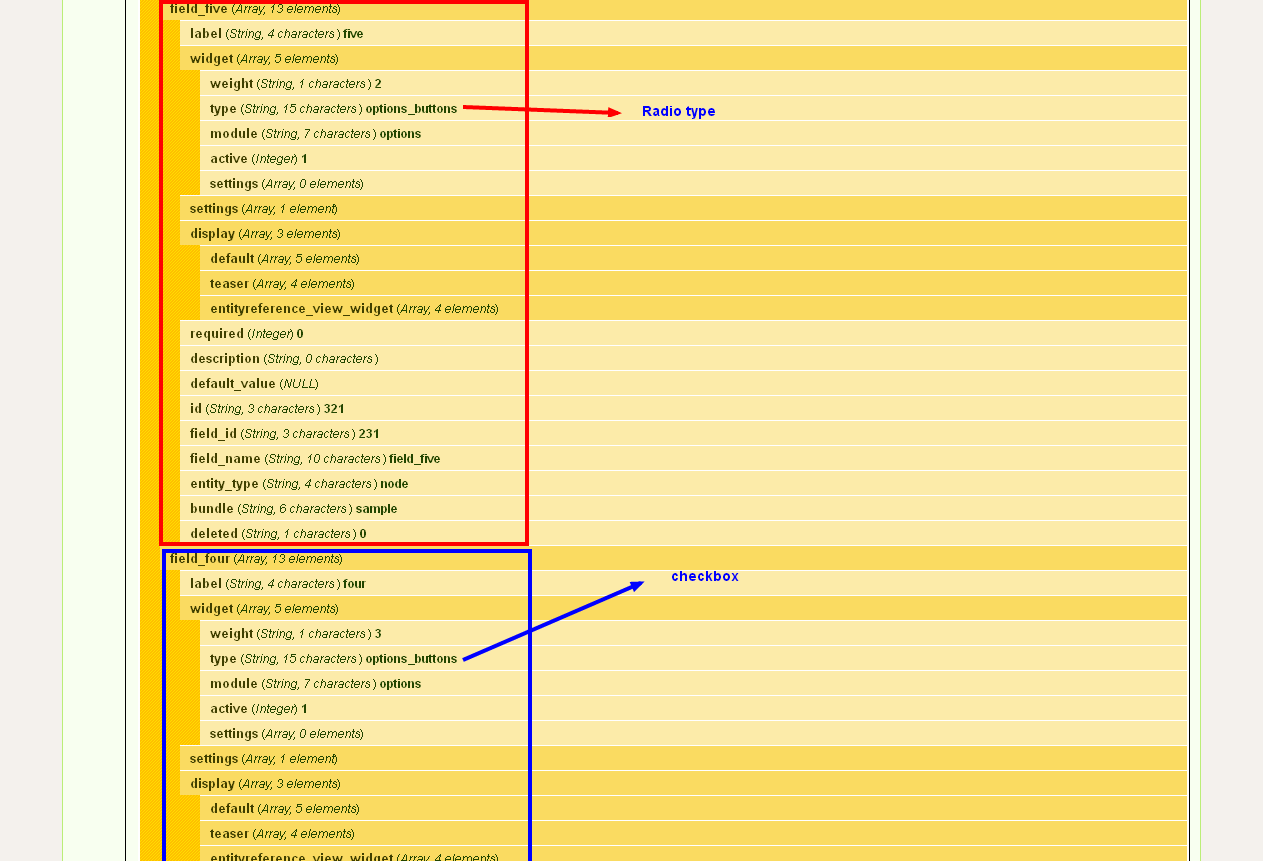 I say general because the field object itself does not dictate the exact widget. That is controlled by options_field_widget_form() (docs here) which takes the field object and works out whether to use checkboxes or radio buttons based on the cardinality.

So yes you are right - examining the field object won't tell you which type of form element will be used, but you can assume it from the cardinality (so long as no-one has overridden options_field_widget_form()).

I got the solution, I've used field_info_field function, In the return array I found the difference in cardinality.

The cardinality for checkbox is -1 and for radio button is 1. Similarly for select is 1 and multi select is -1

I found it myself, is there any better solution than this?

Not the answer you're looking for? Browse other questions tagged 7 nodes entities or ask your own question.

1
How can I alter the HTML output of a specific content-type in display mode via a module, without creating the node type in a module?
2
CCK Field Table in Database and Content Type
2
Adding multiple checkbox in drupal using cck
0
how to get the values of a view in _preprocess_views_view_fields drupal7
1
How to sort field_info_instances return value by field weight?
0
I just want to add a radio buttons to my content type
1
Associate a content type to a specific group in drupal commons