Which nid to use for translated node in a menu

I'm not using the Entity Translation but only the i18n modules.

For example in the main menu I want to translate "contact us". So in the German translated menu do I need to give the nid of the German version of English node "contact us" ? Or the original English version one?

EDIT: In the figure node/59 refers to English node while the German version is node/800. So for German menu("contact us") which one do I need to feed? node/59 or the node/800. I fed node/59 for all the translated menu items but then they'd all redirect to English one. I thought that i18n should be able to figure and select the translated node automatically. Looks like I'm missing something. 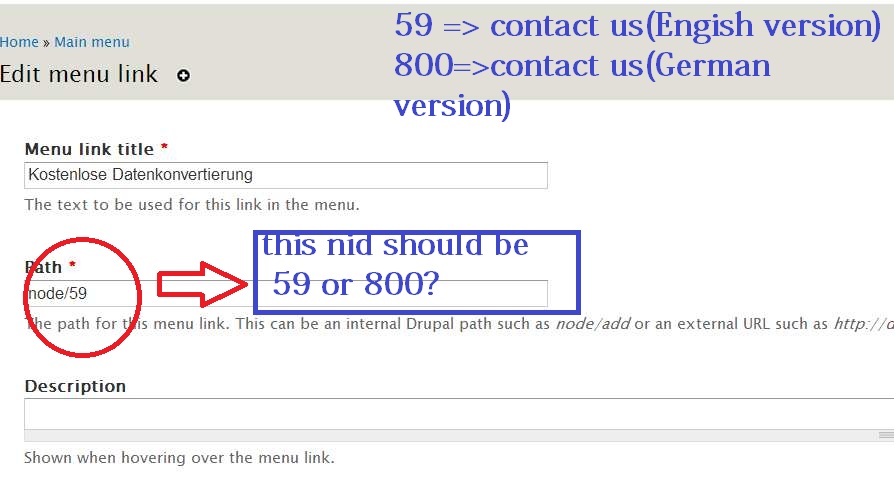 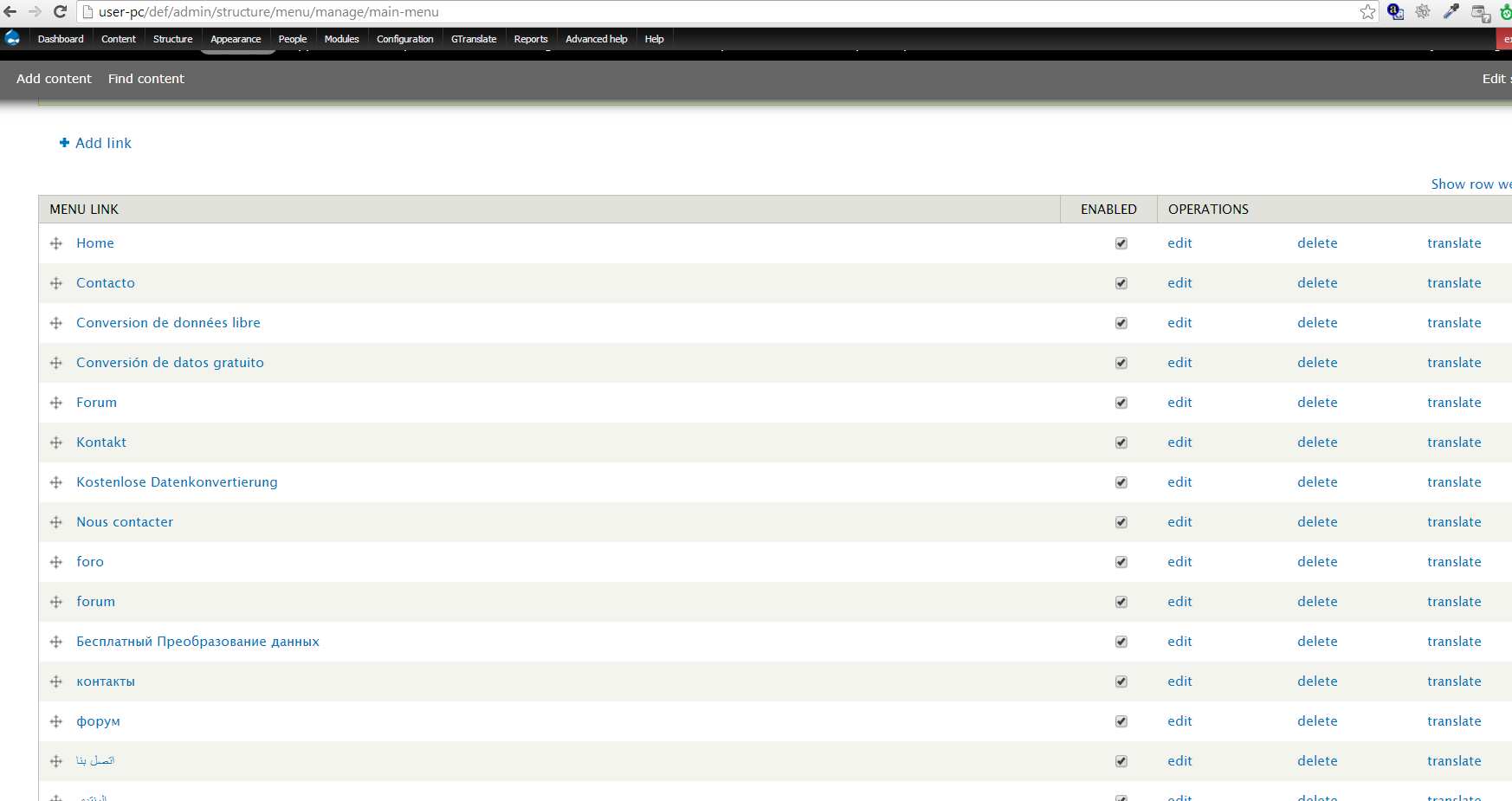 First off, the modules that you mentioned are just fine. You need to edit the menu and specify in the translation options fieldset:

If you select the "Translate and localize" option, which I would usually prefer, then you add a normal menu item say in English, and then in the list of menu items there will be an operation available for each one of the menu items named "translate". This is where you select the translated language of a second menu entry. Alternatively, you can access translate for within the menui item edit itself.

The idea is that each menu item has its language specified, so when you give the node/nid of a different language (or canonical url of any language) it shouldn't matter, provided that you have linked translated content (nodes) as well in the content administration.

In Drupal 7 you can use Locale core module to translate.

Locale : Adds language handling functionality and enables the translation of the user interface to languages other than English

Not the answer you're looking for? Browse other questions tagged 7 i18n-l10n or ask your own question.

0
node translations and too many menu items
7
Menu links not being translated
0
Language links shown enabled for pre-translated nodes
1
How can I exclude links to untranslated pages from Google search results?
0
Page not getting redirected properly
2
Alphabetical view sorting in multilingual site not working for translated content
1
Prepare Drupal to be multilingual in the future
1
How to use language-specific menu items in URL aliases