Here's an example of the problem: 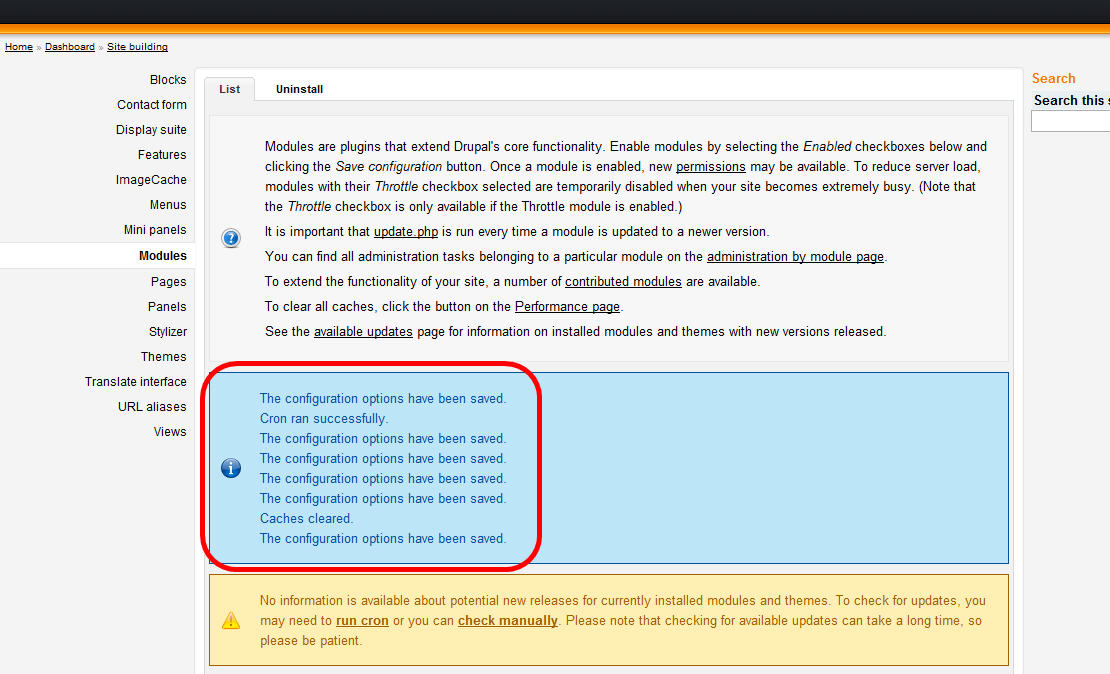 I do have the Administration menu installed, but the problem didn't occur earlier, so I don't think this is the source of the problem.
I've already cleared cache, ran update.php, ran cron, so I'm out of ideas.

I recently installed Ubercart module, but I don't know if it has anything to do with my problem.
But there's another one which I also don't understand: if I try to open a page which doesn't exist, I don't just get a "Page not found" error, but many MySQL errors too, which looks like this: (1) (2). It's really unhealthy too... Maybe there's a connection between these problems.

Messages are kept in the user's session, which by default is stored in a database table called 'sessions'. If your database server dies partway through the page request, the messages may not get cleared from the session.

You can see the MySQL server failing when updating the sessions table in this image due to a max_allowed_packet error.

1M is a very small max_allowed_packet for a Drupal installation. You may need to ask your host to increase this limit. Alternatively, you could turn off dblog and use syslog instead, which sends your Drupal logs to a system daemon - but this may require your host to set up a syslog location for you.

There may be a module that implements hook_watchdog() that can save logs to a standard file. I can't find one, but if one exists, that could be a good option in your situation too.

Not the answer you're looking for? Browse other questions tagged 6 or ask your own question.

10
How do I allow a free product into a cart, but only if cart net value is above $10?
1
Create a content node from another content
0
How do I create e-products, and store order id+uid in my own tables in case of successful purchase via PayPal
6
Seat reservations for (recurring) events on given days
1
how to write a post-save trigger
7
db_query('SELECT nid FROM uc_products'); doesn't give any results! Why?
0
After migrating D6 only homepage works
1
You must include at least one positive keyword with 3 characters or more
0
Dates disappear on 'Edit'