How can I show average votes of fivestar nodes?

I want to make a survey with Drupal, using Fivestar fields. So, I created a new content type called "survey" and added fields "field1, field2, field3, ..." The user can add content "survey" and the results of the voting are saved in nodes.

Now, I want show an average for all nodes with the content type "survey": Display the average of the individual fields of the survey. How can I do it?

Consider a table similar to this one:

The Views Calc module can be used to transform that table so that the calculations in the last rows (with Count, Sum and Max) get added to it. So that the table looks similar this: 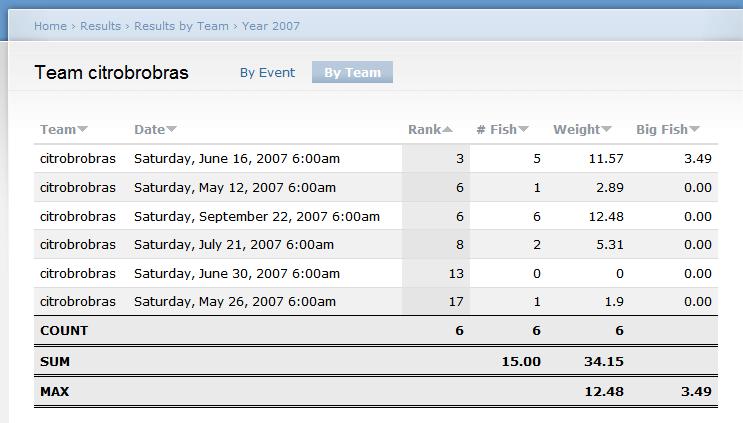 By replacing the columns '# Fish', 'Weight' and 'Big Fish' in the example above with 'field1', 'field2' and 'field3' (as in the question), and by asking for the 'average' to be added (instead of Count, Sum or Max), it should answer the question I think, no?

To ask for the 'average', just select it from the selection list as shown in this screenshot (instead of the ones selected in that screenshot): 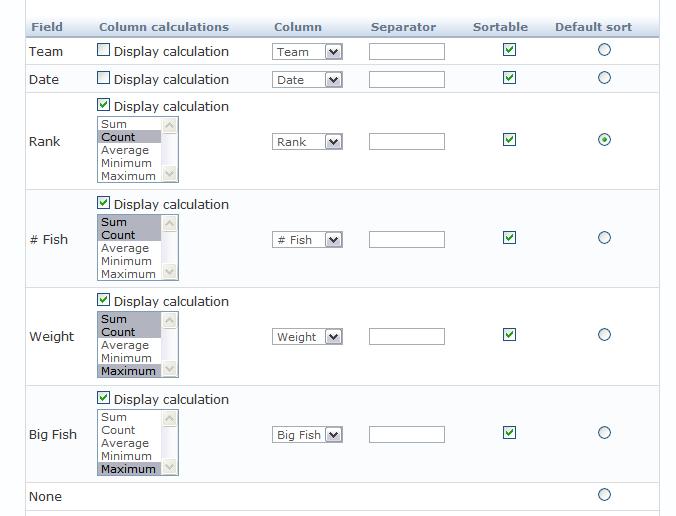 For more details (step-by-step instructions), refer to the community documentation about the Views Calc module.

Look at using Views and Views Calc. Here are some more details about these modules (quotes included are from their project pages):

Not the answer you're looking for? Browse other questions tagged entities rating or ask your own question.

11
How to correctly configure Fivestar module with a node reference?
3
How to use fivestar as sort criteria?
1
How to make a child entity automaticially reference back to parent entity when created using inline entity form?
1
How to show votes in view results by node id?
0
How to calculate the average Fivestar rating correctly?
0
How to count the number of votes for each star in fivestar?
0
How to change the saving order of field_collection fields