Want to improve this question? Update the question so it's on-topic for Drupal Answers.

After installing the @fontyourface module and adding some Korean fonts locally, the fonts are not being applied to high ASCII characters (which makes no sense as the font is specifically for those characters). The fonts ARE applying to the regular ASCII characters, though. 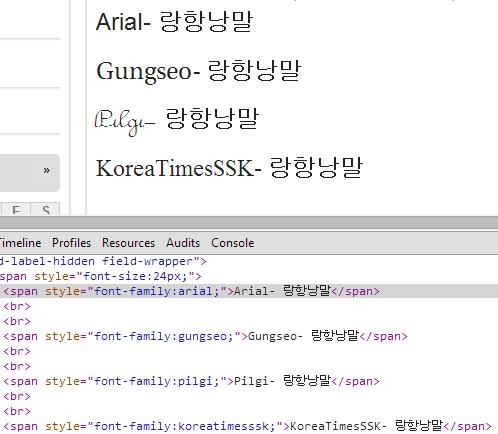 As I suspected, the issue was NOT off-topic. It turns out that the downloaded fonts were not set for Unicode. Most likely, they were using the euc-kr character set. Since the site uses utf-8, the ranges for the characters in utf-8 are different from euc-kr, so the default font was being used to display.

I downloaded a different version that specifically listed the font as Unicode and now the characters display correctly for that font.

Not the answer you're looking for? Browse other questions tagged 7 theming or ask your own question.