I have a taxonomy with a three-level hierarchy, and would like to display the three levels in a views table, but separately. I'd also like to have an exposed filter using that taxonomy and let my users pick the term.

At this point I can display the hierarchy in a single column and can choose between the lowest level child or all three (e.g. Grandparent > Parent > Child). However, I want to be able to display the grandparent, parent and child in separate columns.

Is this possible? I was hoping to maybe add the field three times and pick the hierarchy level, but I don't see how to do that.

If you've only 3 level of hierarchy then you can create a view as below: 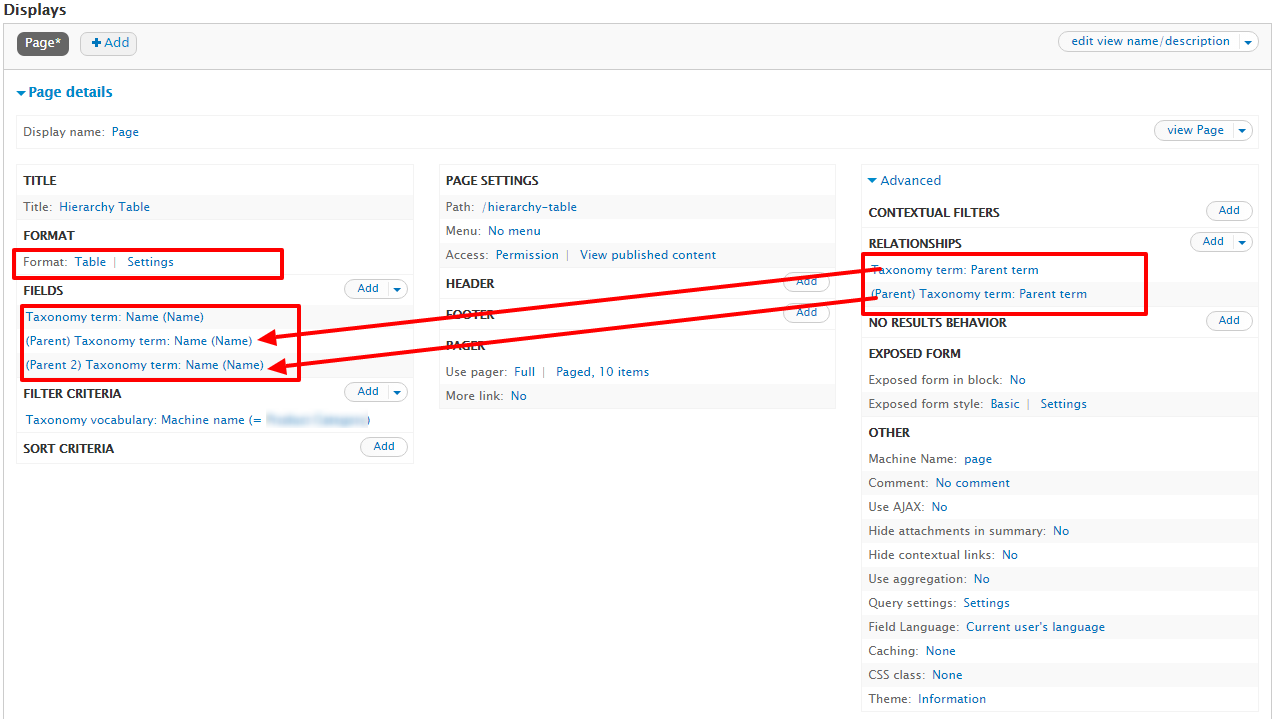 Above view should give the output as below:

First you need to generate the desired 3 column table without Views. Then you can use Views's to load the desired nodes with contextual filters. Possible to do following the stes below, but there is many different ways to do.

Also. I believe, you can use ready-done module for it https://www.drupal.org/project/views_tree.

Not the answer you're looking for? Browse other questions tagged 7 views taxonomy-terms or ask your own question.