Only admin can see bulk operations in view

I have a view that includes bulk operations that involve flagging (Flag module) or unflagging nodes. I originally created this in Drupal 6 for another site and have been using it for several years. I recently re-created this in Drupal 7 whereby four different bulk operations can be carried out in a view on a specific type of node. This works flawlessly for administrative users. Authenticated users, however, cannot see the four "operations" buttons in the view I've created.

I've checked permissions everywhere, even "loosening" them to see if they were too tight. For example, I granted "Edit any node" permission to authenticated users, even though they shouldn't need that for the flag action. I've checked the view permissions, etc.

The operation calls a simple flag or unflag action and I'm unable to find any other permission(s) that might be impacting this. I'm hoping someone's going to jog my memory with something simple I've missed.

Edited to add: I have a similar view on the same site that allows users (through VBO) to send an email to multiple users. They're able to see the button for this functionality just fine. Again, leading me to believe this is a permissions issue.

You need to install the sub module in VBO called Actions Permissions.

A module called actions_permissions is included in the package. This module generates a permission for each action, and VBO honors those permissions before showing or executing the corresponding actions. This is useful if you want to provide your VBO to several groups of users with different privileges: the same view will accommodate those different groups, showing to each the actions that they are permitted to see. 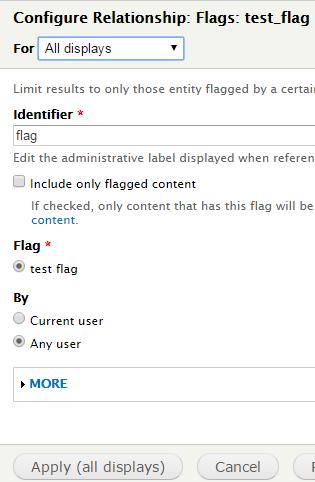 Afterwards navigate to the permissions screen, and enable Execute Flag (or unflag) a node for your roles 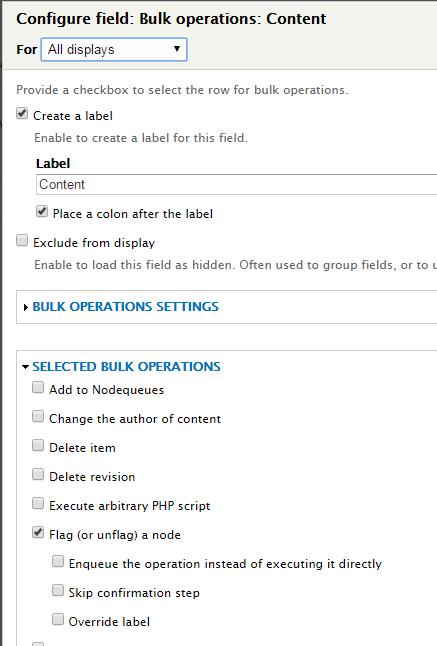 And last but not least, make sure your flag permissions are set for your roles.

Not the answer you're looking for? Browse other questions tagged 7 flags views or ask your own question.

2
Bulk action on views only works for the administrator role?
0
Flag lists visible for one authenticated user but not for others
3
How do I mass flag a node on behalf of users (possibly with VBO)?
0
What limits the options in a Bulk Operations Menu (beyond their initial settings) regarding rule components?
0
Add Custom Bulk operations to an existing Views
0
When creating a view based on order products in ubercart, only people with access to all orders can see it
1
How do I hide bulk operations form for a specified user role?
3
How to schedule a Rules component at the end of the month?
1
Display own unpublished nodes
2
Operations bulk form for custom content entity