Currently I am only able to create a contextual filter "Node: Published at year + month" which displays similar nodes that were published in the same year+month, but I am looking for something similar to the post date filter criteria with operator (image attached), but instead of offset from current time, have an offset from current node's creation date. Is that feasible with views contextual filter? 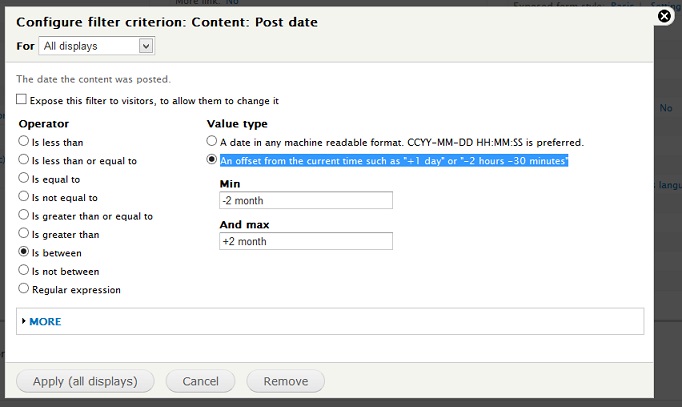 Then add contextual filter based on Created Date and in "PANE SETTINGS" click on "Argument input" and use this Settings : 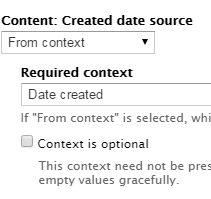 this will export the node's created date from it and pass it through arguments to views.

this will give you an Panel's pane , to add it to your view you can use Page manager module .