i18n module is acting up weird

So let's say node/1 is in Dutch and node/2 is English, and my default language is Dutch. Now, if I go to /node/2/edit, so the edit form of the Enlish node in the Dutch language it redirects to /node/1/edit If I really must edit the English node I must go to /en/node/2/edit

Also the translated nodes are not present: 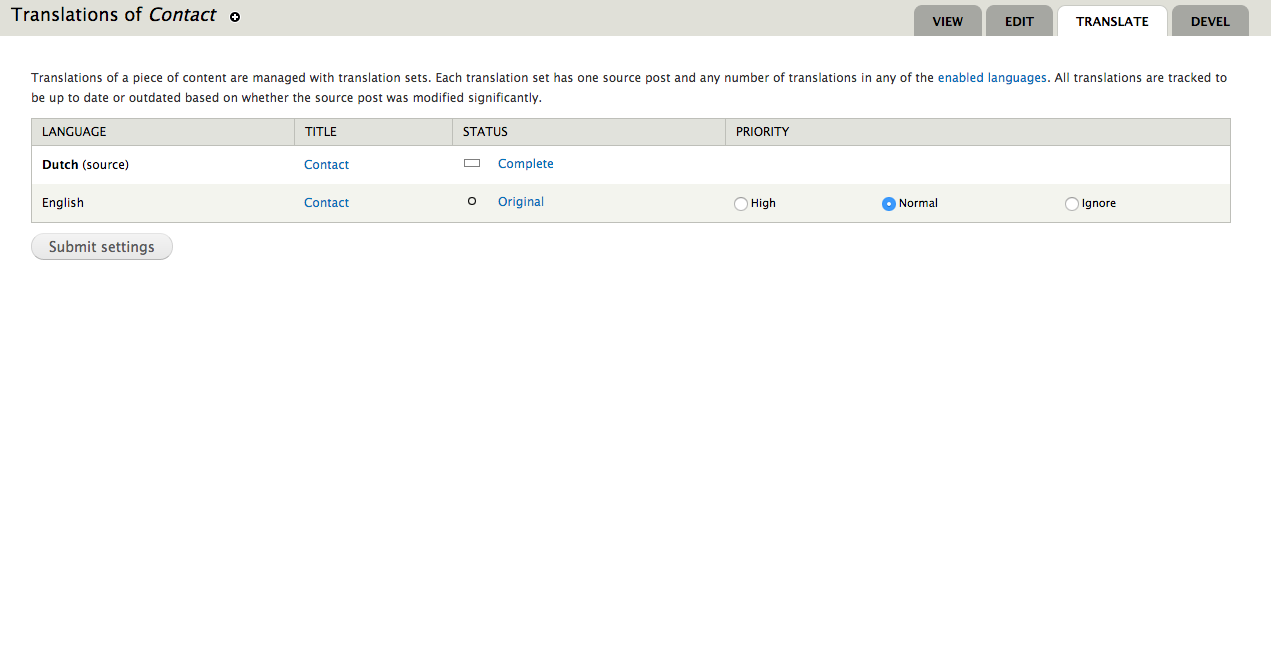 While I think it should also display which node ID's are the English and Dutch language on here. Like below:

The part in red is here like it should, but not on my production site as you can see in the first picture.

What am I missing here.

A possible explanation for your problem might be because of your "language detection" configuration.

Check this configuration via Configuration -> Languages -> detection and selection: the order should be 'URL, Default, User', and not something like 'Default, URL, User'.

And sometimes it is good to have someone ask for clarification.

It appears to be the translation_overview module that is making it appear like this.

If I disable that module all works like it should.

Not the answer you're looking for? Browse other questions tagged i18n-l10n or ask your own question.