I have created a chart using Forena reports. I need to set the chart title dynamically based on the logged in user's country. At present I have hard coded the title as "Your Country". The data for this chart is coming from a data block (let's say data_block_1). And the logged in user's country can be obtained from a second data block(data_block_2).

How can I show the logged in user's country as the chart tile?

Though I have the second data block I don't know where to put the name or how to call that data block.

I am posting the screenshot of the body tag inside the frx file and also the chart I created thus and also the sql file. 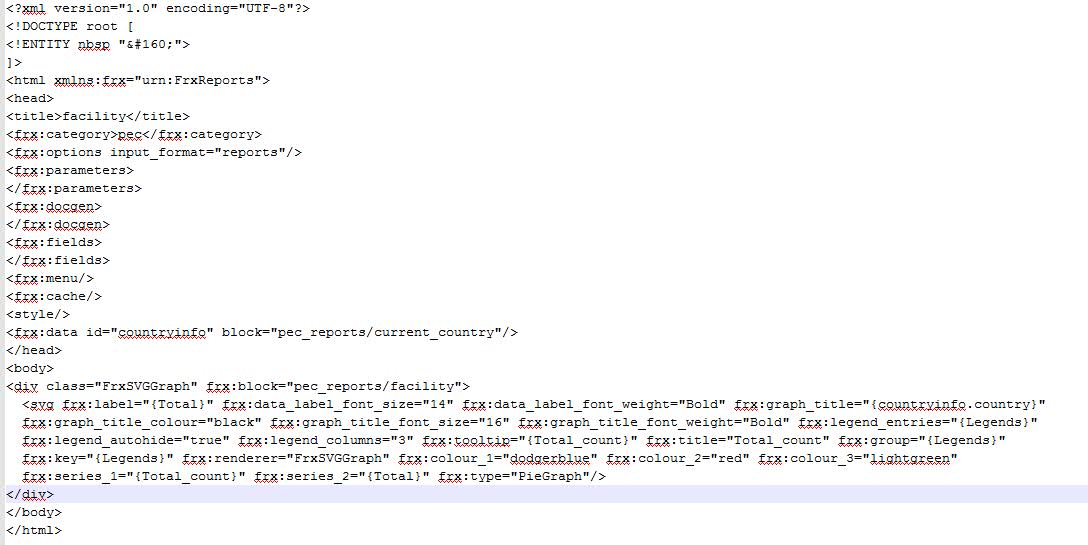 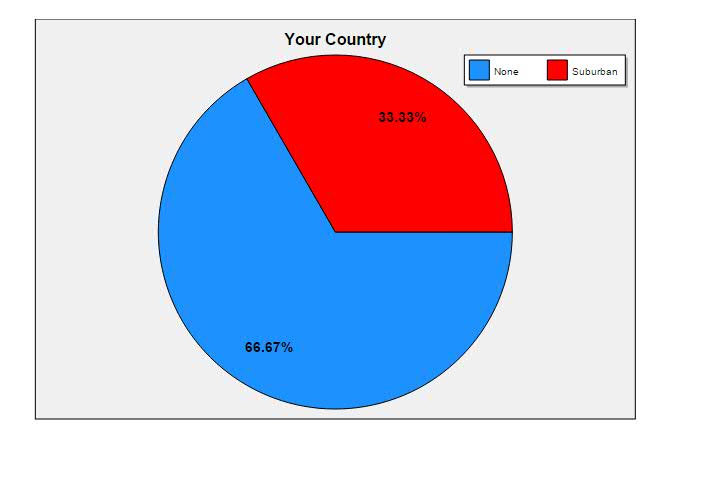 This question is a (great) example of using "Data contexts" in Forena. To see an example of a "data context" at work (in a demo site), refer to the example about Master Summary with drill down. If in the report you click any of the linked columns (such as for state = VA), you'll get the Users in state Virginia report. In that report you should note these things:

If in the above example you pick another state, such as IL (Illinois), you'll get the report specific to that state.

Read more about "Data Contexts" in the Forena documentation, which you can also find in your own site within /reports/help.reportingfrx#datacontexts (after you installed Forena).

Below are some details about what's needed in this specific case (to use the user's country as your chart tile), based on these assumptions:

Based on these assumptions, this is what you should do:

If you get a blank chart title after applying the changes as I suggested above, then most probably that is because the value of that chart title is blank. Looking at the SQL statement for your pec_reports/data_block2, here are a few tips to further verify (debug?) the actual SQL statement you're using:

If none of the above seems to help, then I would use either (or both) of these other routes:

Not the answer you're looking for? Browse other questions tagged charts forena or ask your own question.

2
How to access an external MySQL database in a view if SQLite support is not installed?
1
How can I use session variables in a report created with the Forena module?
1
How to add mulitple legends in chart created with the Forena reports module?
1
How to show the values on the bars of a stacked bar graph in 3D?
1
How to secure access to a Forena data block?
0
How to switch language on pages containing charts created using Forena?
1
Why does legend not appear when the first bar value is zero?
1
Is it possible to use the Forena module in conjunction with the Flot module?
0
Using multiple parameters in Forena