I have a view which uses search_api (and solr) to get a list of nodes, and then displays selected fields, including some from a relationship to commerce_product

This is resulting in about a thousand database queries to display about 20 nodes, which I think is inefficient.

Digging in further, it looks like search_api returns a list of nids, which are then loaded with a single invocation of entity_load (which causes several DB queries as field_attach_load loads each of the bundle's fields in turn, loading values for all nodes at once)

(Yes, I have quite a few fields)

Is there any way I can get Views to load all of the referenced entities in one go, rather than in this inefficient one-by-one manner? 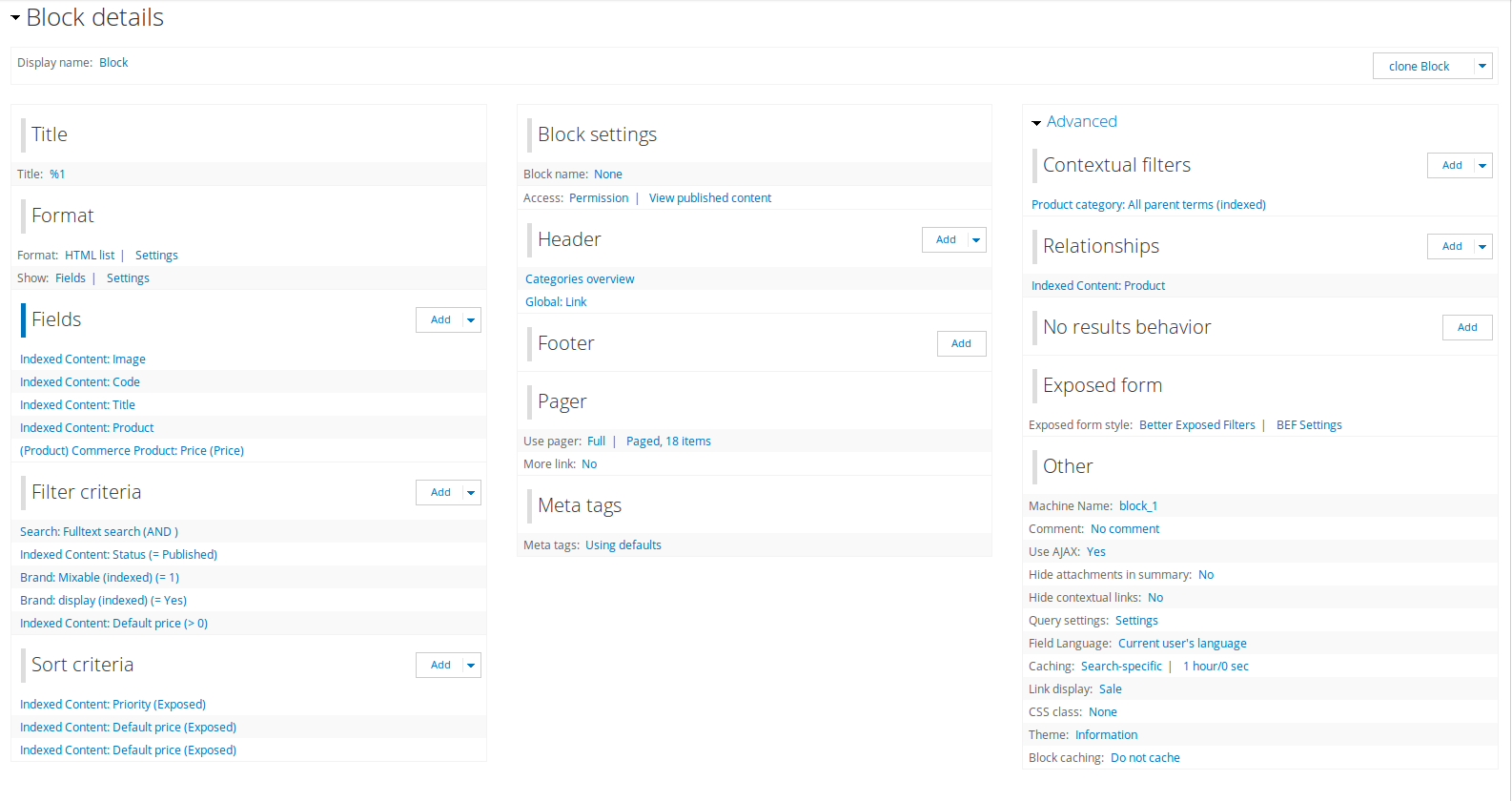 Is there any way get Views to load all of the referenced entities in one go? No, there's not much you can easily change to fix that.

There's a lot of behaviour built in so that Drupal can handle multilingual data or different data storage back ends like MongoDB.

If you're not already doing so, you can use entitycache module to lighten the load. For cached entities, you will eliminate a lot of queries.

FYI, Entitycache will not work on its own. You will need to integrate with a cache back end like Redis or Memcache. See the module documentation and READMEs for configuration details.

Not the answer you're looking for? Browse other questions tagged views entities performance search or ask your own question.

25
Which should I use and when: node_load() or entity_load()?
2
Show Taxonomy Terms belonging to search_api search result nodes
2
How do relationships work in Views?
1
db_query performance
2
Faceted search using fields from a related node, is it possible?
3
Minimizing the time taken for entity_load while using for apachesolr indexing
0
Relationships between content types and views
1
How to list duplicate nodes based on title with views
1
How do I get the list of nodes of a specific content type and their titles?
0
Custom search_api query for categories block