When I create a node without a sermon image filled out, the view correctly shows the sermon series image associated with the taxonomy sermon series.

Here's where it gets weird. If I create a node without a sermon image filled out, see the view correctly show the sermon series image from the taxonomy, then either clear cache or wait until cache expires, no image shows up at all. I know the fallback is working correctly as even the [field_sermon_image_2] has a no results behavior fallback to a generic image and that's what always shows up.

I'm not sure where to look for this odd behavior. It seems like I have everything setup correctly in my view as I can get the correct images to show up, I just can't get them to show up consistently.

Any advice you can give would be appreciated. Thanks!

I replicated your scenario and its working fine for me.

Here is what I did. 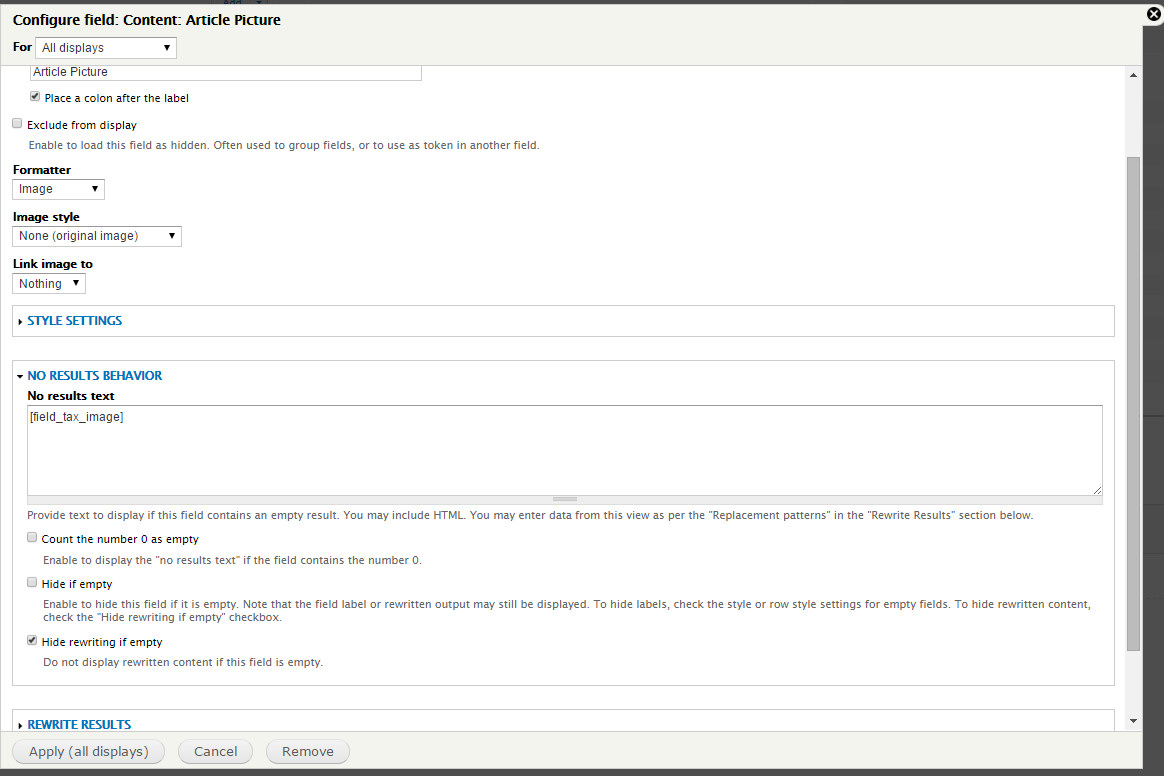 RESULT AS EXPECTED Kewl its working!!! and Wooo do not have Article Pictures, so Mega Man (tax image) shows up. 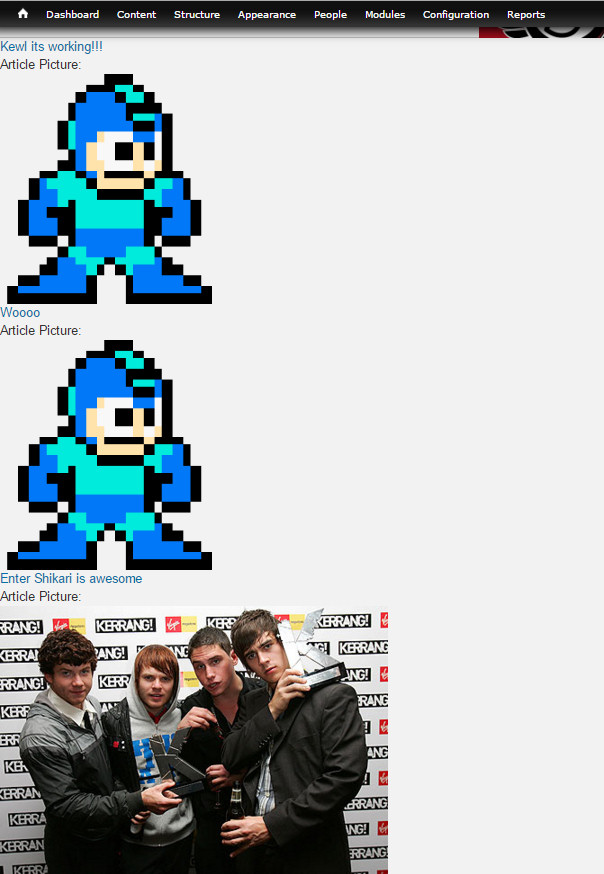 Not the answer you're looking for? Browse other questions tagged views taxonomy-terms or ask your own question.