Contextual Filter with Title and Language

I'm building an api that is going to change base on the title and the language that is been request. This request is base on the URL something like this www.example.com/abc/fr-fr

For some reason the context filter of the language is turning my search into empty. Here is what happen when I try to run www.example.com/abc/fr-fr

Things that I have already try it out:

Here is my view configuration: 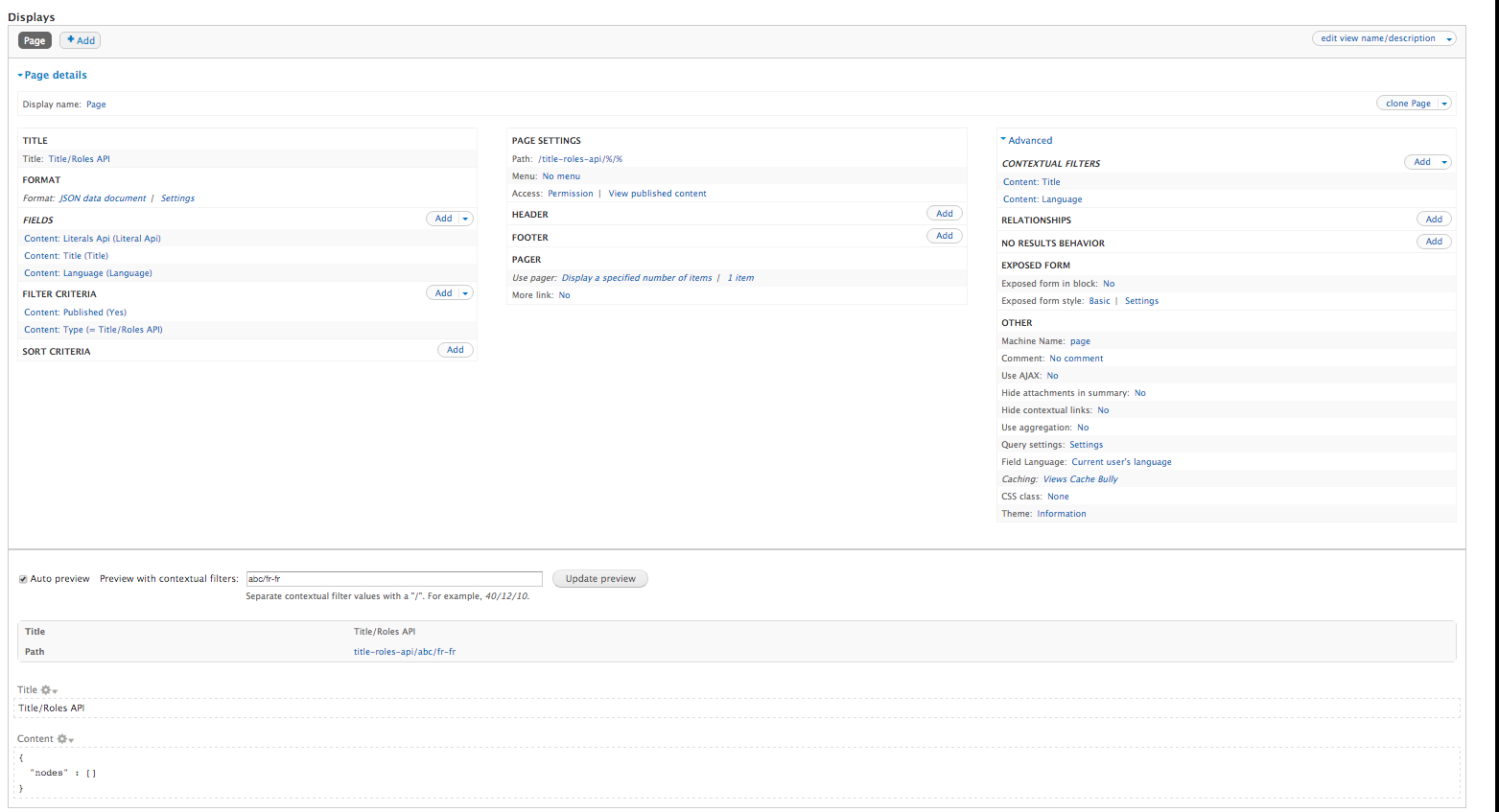 Note I'm using node translation in 7, not entity/field translation. Each language has its own copy of a node.

My question is why I'm getting an empty node instead of the entire node information?

Multiple contextual filters are fine & dandy. The issue seems to be that the url prefix being used in a translated/localized content is a bit different from the actual machine code for the language. French is not 'fr-fr' but simply 'fr' in Drupal's views. French Canadian would be 'fr-ca'.

here is a list of defined languages I use on my site along with their codes. These should be what you're looking to filter on. No issues with multiple filters.

Not the answer you're looking for? Browse other questions tagged 7 views i18n-l10n or ask your own question.

1
Entity reference field to show translation of nodes
3
How to translate page titles?
3
Translated node does not use translated entity reference, how to fix this?
0
Does the language filter show all languages by default?
0
Menu Link not translating correctly on initial creation through node form
2
How to translate a node without creating a new node?
1
How to use language-specific menu items in URL aliases