How to hide nodes in a VIEW where the user is not referenced?

This is a follow-up to How to show nodes where the user is (not) in the reference field with Views?

If the user is referenced, the node should show up (this works from the above mentioned question)

Ideally in one VIEW, when the user is referenced, the link should be „watch“, where the user is not referenced, it should read „buy“ using VIEWS conditional and rules link. But two separate VIEWS are also ok.

Right now I have a content view (also tried it with a user view unsuccessfully, but this might be a saner approach?!). All of that works well with the notable exception of showing the nodes with multiple user references. 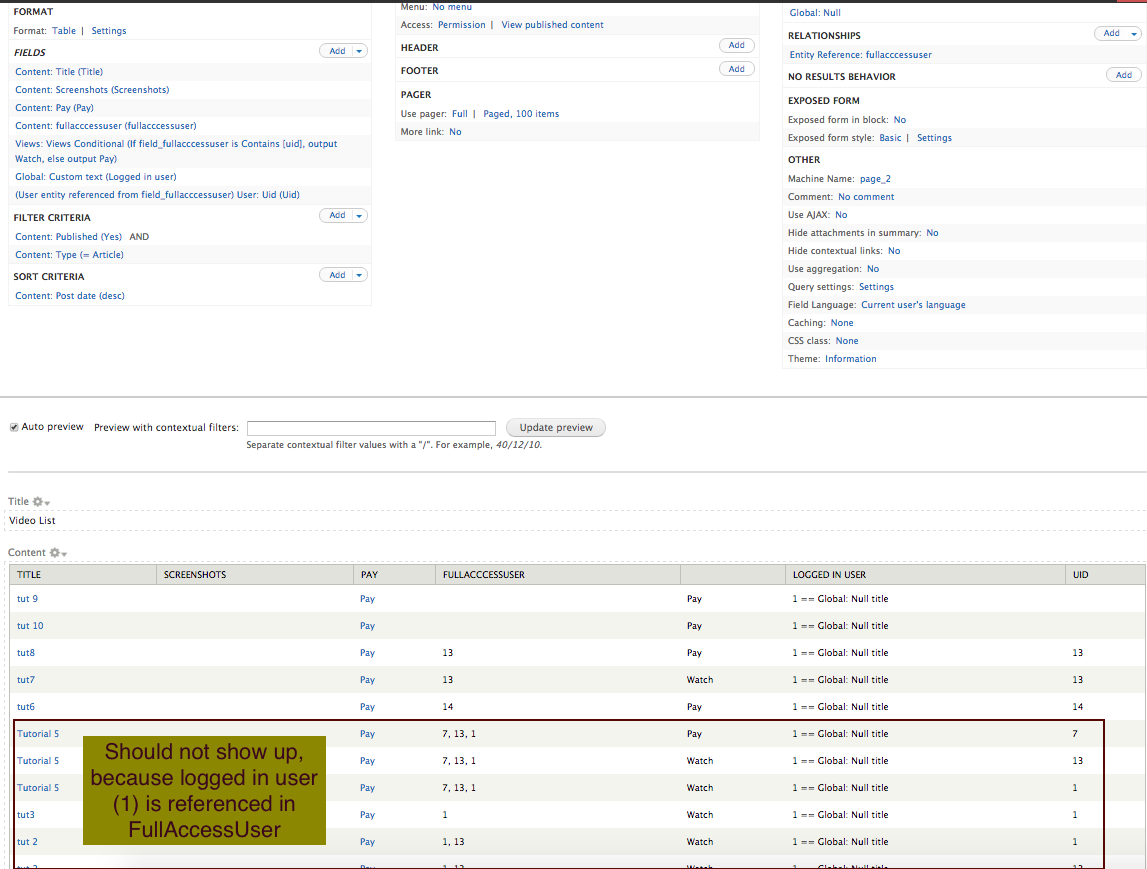 I tried it with regExpressions and views substitutions. The UID of the currently logged in user is passed as !1, but what is the correct regEx syntax to show only the nodes, where this user is not referenced?

This does not work as value of the operator on the useraccess field filter:

Oh boy, this was a ride. Finally figured out a solution. Posting it if someone needs it. Basically, I added the username in the url and do a contains text comparison using views conditional. ID from the logged in user did not work as contains also shows user ID "13" or "14" when the user "1" is logged in. Simply excluding did not work in those cases where other users are referenced as well. 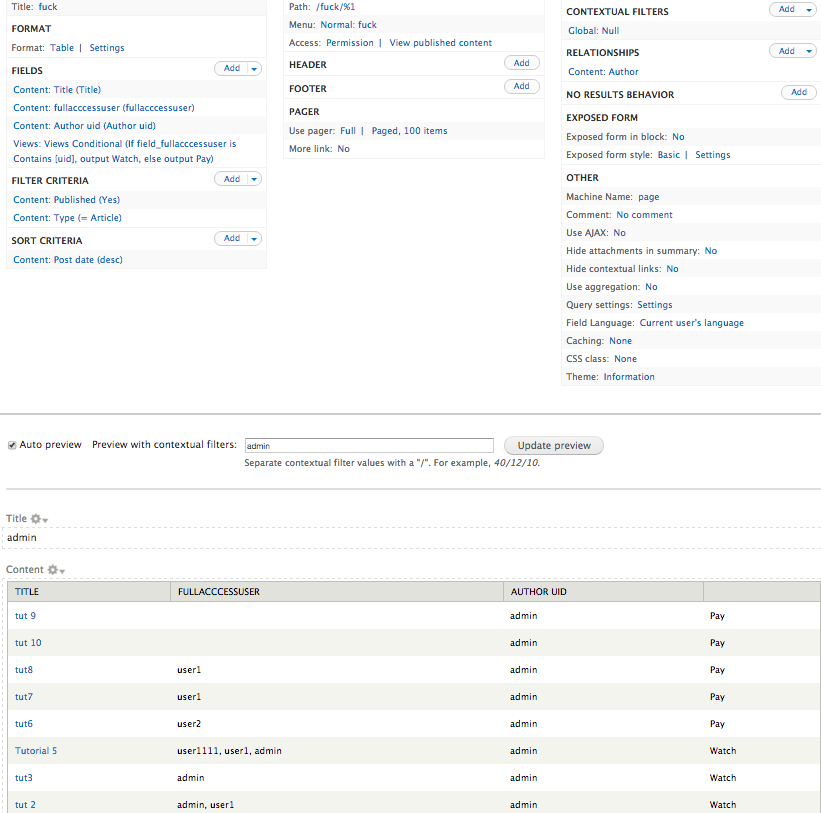 You have to add a filter under Filter Criteria Section which is, if a 'yourfield-name'is 'is not empty (NOT NULL)' from the select list.

This filter only shows results which have the value for this particular field. Otherwise it will not show you any result for that node.

I hope it will work.

Not the answer you're looking for? Browse other questions tagged 7 views users or ask your own question.

1
How to show nodes where the user is (not) in the reference field with Views?