I have 2 blocks on my shopping cart. The view block for the Main Product and another for the Specials ( which is an add-on), each block has their own delete button. I use a Views Field View on the Main Product block to call the Specials blocks. Each specials and main products are connected via node referencing. I can't use just 1 view block to show it like that because I need the added specials to be filtered/shown below the main product where it's connected. 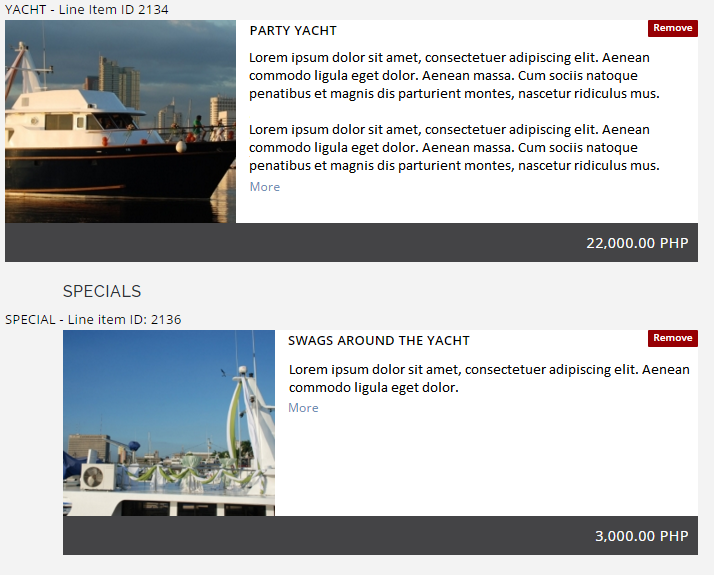 Sounds to me like both of your forms on the page have the same form ID and use the same numeric key (likely 0) to identify the first item in the form. Thus when you submit it, Drupal doesn't know how to differentiate which form was submitted and makes a best guess, removing the 0th item in that form.

Alternately, if your configuration is generating a form within a form, that's invalid HTML and would explain a similar confusion on Drupal's part for the processing of the form. You would need to find an alternate method for getting the secondary form on the page, such as using the block system to embed the second form on the page.

Not the answer you're looking for? Browse other questions tagged 7 commerce views or ask your own question.

4
Add line item quantity in block-commerce-cart-cart “title”
0
What is the best way to calculate the price from selected line item field (a select line item field)
2
On quantity change, create individual line items of the same item in Drupal Commerce cart
0
Commerce line item not referenced by the orders
1
Delete button not working in Checkout page
1
Shopping cart is not updated after add to cart when you select an attributes
2
Force a new line item on cart
0
How do you show/hide delete(remove) product button in the Cart?
1
How to remove the “Save” button from checkout cart summary form?