How do I grant permissions for translating block content?

I used the Block Image module to create some content; now I want to give the site's editor the permission to translate the blocks, but I can't seem to find how I can do that. There's no permission to let a role be able to translate a block content.

How do I grant permissions for translating block content?

I hope I got the question right, it seems pretty simple (@Volker almost got it in his comment): 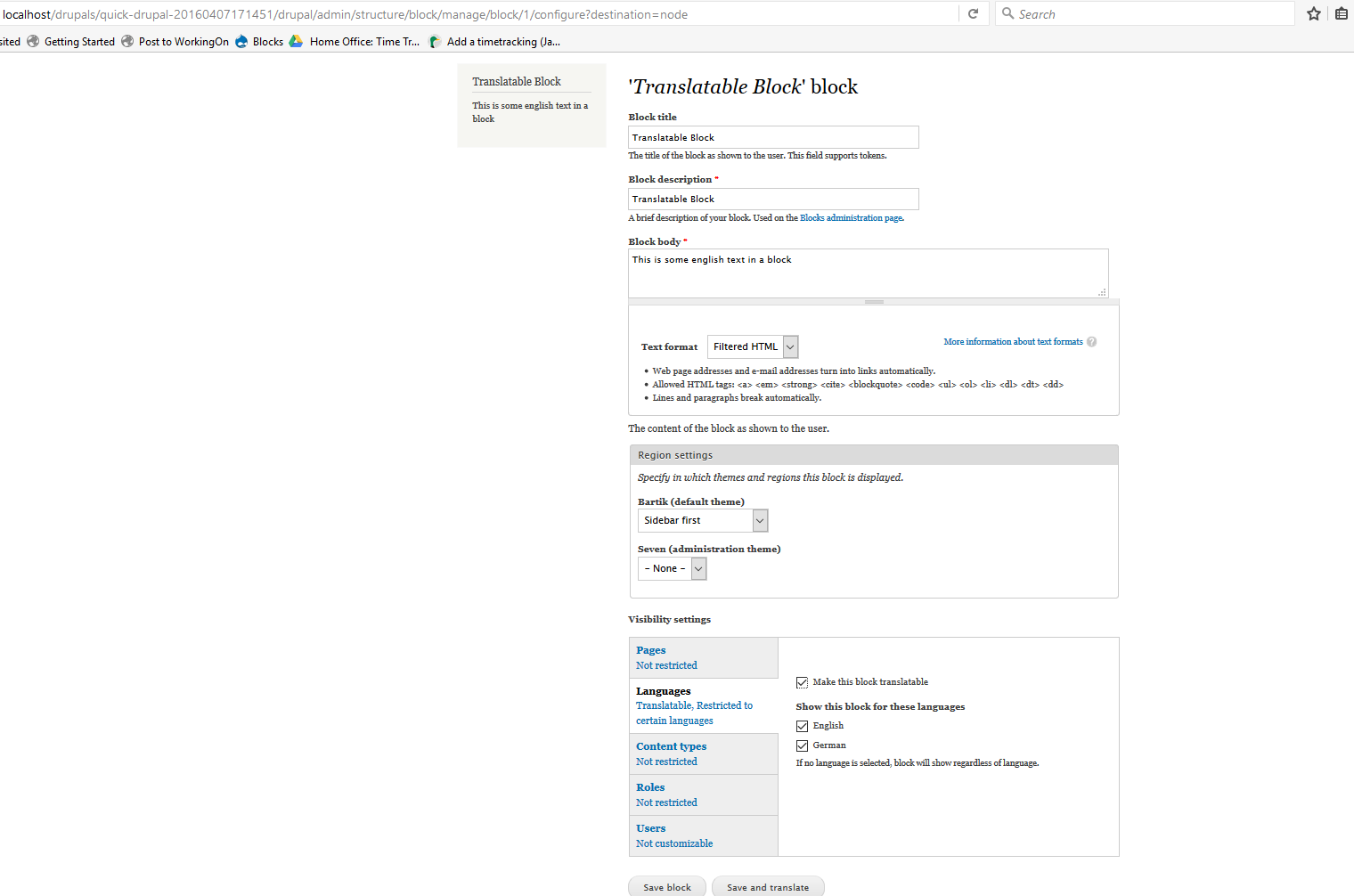 After saving the configuration, the block's contextual link has the "Translate" option 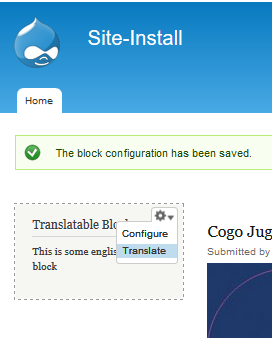 ... which eventually leads you to the Block's translation page

P.S.: Whether you use the Image Block module or not, should not really make a difference, this was a red herring if I am not mistaken. ;-)

This module adds a set of global permissions for creating, viewing, moving, enabling, disabling and configuring blocks as well as permissions at the individual block level. These permissions only affect the admin interface, front-end view access is handled in core.

To my knowledge there is no such permission you can use for translating blocks. Any user who has permission to administer blocks, will also have access to the "translate" link that is typically used to translate blocks in other language. However there are 2 possible work arounds you may want to consider, as further detailed below ...

But, the paths of such block translation links, typically include the language code (fr, nl, es, etc) as part of their paths. With that, you should be able to get it to work (or at least have some type of work around) by using the Rules module, using a variation of what is described in my answer to the question "How to make the permissions of a module more granular?".

You could start from the very same Rule (in export format) in that answer, and tune it to fit your exact needs. If you have a lot of such blocks, then probably the toughest part would be to tune the regular expression so that it matches the URLs of your blocks for which you want to restrict access. If you only have a few blocks you want to restrict access to, you shouldn't need the Rules Condition with the regular expression. Tuning the roles to be checked, and or the Rules Action should be straight forward.

You could use the Bean module for this. Here is a quote about its project page:

Think of a Bean as a method to provide new types (compared to node this would be a content type) which then provides an add content interface to create as many blocks as you require (see screenshot below). The bean content can then be placed around the site just like any other block.

Here are the steps you'd have to complete:

With that in place, it appears to me that you would have a possible solution. Actually from then on your remaining todo is a variation of the question about "How to limit block management by role?". Refer to my answer to that question for more details about this great module (which by the way has been moved to core in D8 ...).

The video tutorial Drupal Bean module tutorial - using Bean Admin UI provides a great introduction to really understand the power of this module, and the kind of things you can do with it (by only using site building techniques, no custom coding involved). It also shows how the Bean module transforms Drupal blocks into fieldable entities.

3
How to limit block management by role?
0
How to make the permissions of a module more granular?

3
How to limit block management by role?
8
Block body translation for Full HTML content
0
Permission for translating menu items via the menu config screen
0
How to let a role be able to administer part of permissions?
2
How to limit entity and/or field translation permissions to selected languages only?
2
How do I configure the Block Access module?
1
Overload permissions for specifics users
0
How to grant create and update permissions to a custom role?