Where are functions being called from when errors are vague?

I have the following errors which show up randomly when browsing the site. It's hard to reproduce, but also hard to debug. I was able to get it in the error state and have it stay during a reload in order for me to debug it.

I tried going to the code in question which resides in includes/theme.inc But when going to that line 1525. It doesn't really tell me much. The error states that its missing a tpl file, but doesn't say which one as I'm assuming its due to the $template_file variable being blank.

How can I trace where is this function being called in order to find the module that is the culprit of this error?

I don't have xdebug installed as I know that can be used to do the tracing. I also don't have experience with it neither as I've mainly solved most of my php issues just by doing a print_r() 99% of the time and I'm able to find where the issue lies, but this time its different.

What methods are there to debug it and find the source of the problem? 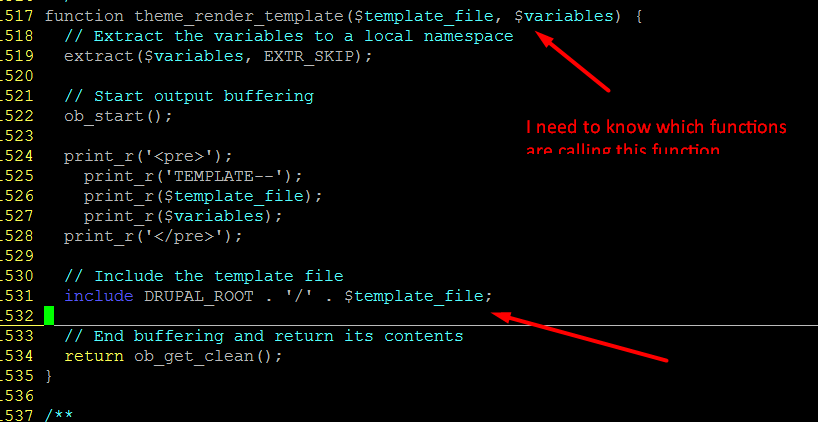 theming debugging
Share
Improve this question
edited May 7 '16 at 20:34

The Devel module can be extremely helpful in cases like this. Once installed, go to the admin/config/development/devel path, and you will see an option for additional error handlers:

If you select the Krumo backtrace option(s), Devel will register itself as the PHP error handler, and it can then show error messages with the full backtrace! 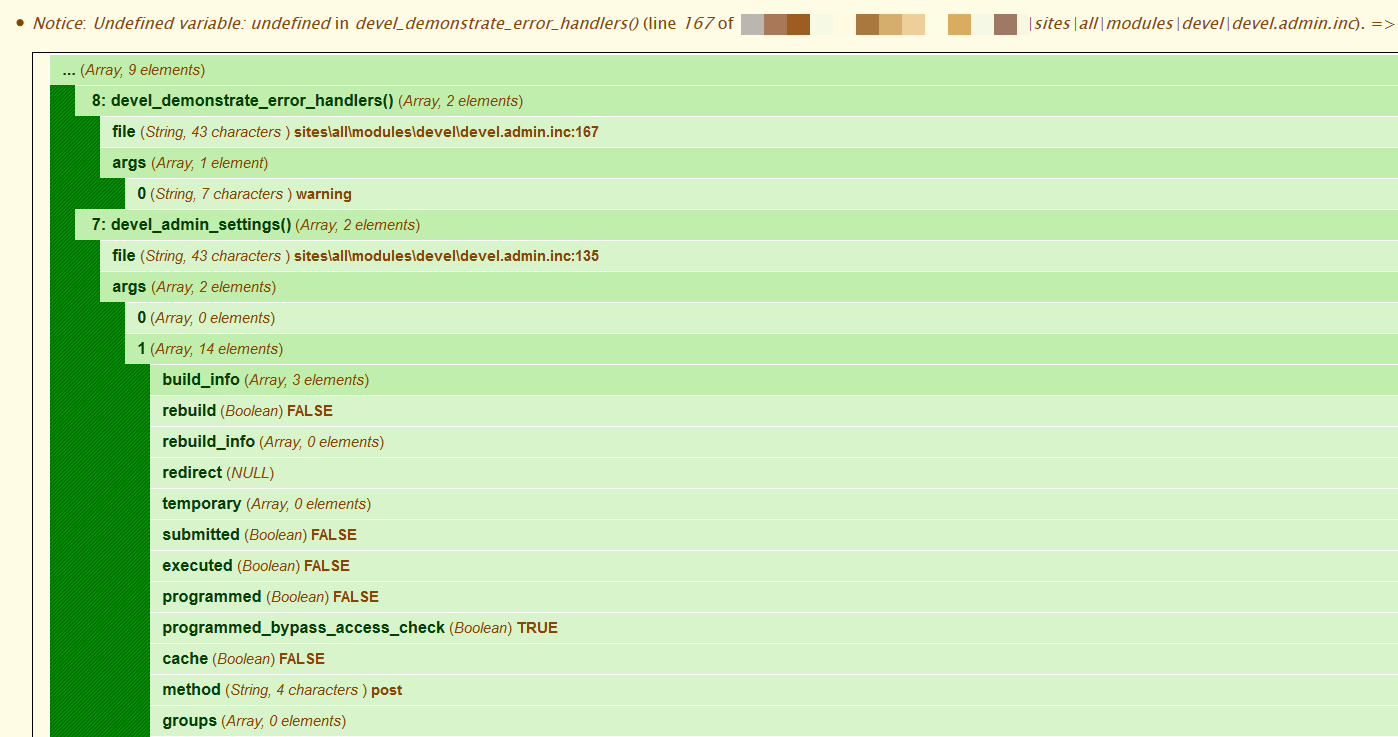 Not the answer you're looking for? Browse other questions tagged theming debugging or ask your own question.

1
How can I debug why user_save() is being called twice?
0
How to debug queries and exports sent to Salesforce?
1
My drupal 7 messed up after installing a module and I just get an error, how do I debug it and trace the source of that error?
1
How to find which block is causing PHP errors?
4
How to debug Batch API more efficiently?
0
How do you use drupal's devel krumo ddebug_backtrace()?
1
Getting “The website encountered an unexpected error. Please try again later.” on each module installation
1
Trying to get property of non-object in i18n_langcode() (line 229 of i18n.module) and a bunch of other property of non-object notices