Why bootstrap sub-theme with sass starterkit is not working?

But sub-theme for some reason is not working. I did follow the same procedure as described on the Documentation page for Drupal 7.

I am describing here, what I did,

1. Installed fresh drupal 7.50 on localhost.
2. Down loaded Bootsrtap 7.x-3.6 and enabled but not make is default.
3. Sub-theme: I did copy sass folder from the starterkits. Paste in /theme folder and rename with mysubtheme. Rename the file-name sass.starterkit with mysubtheme.info. And inside that changed the 'name'. 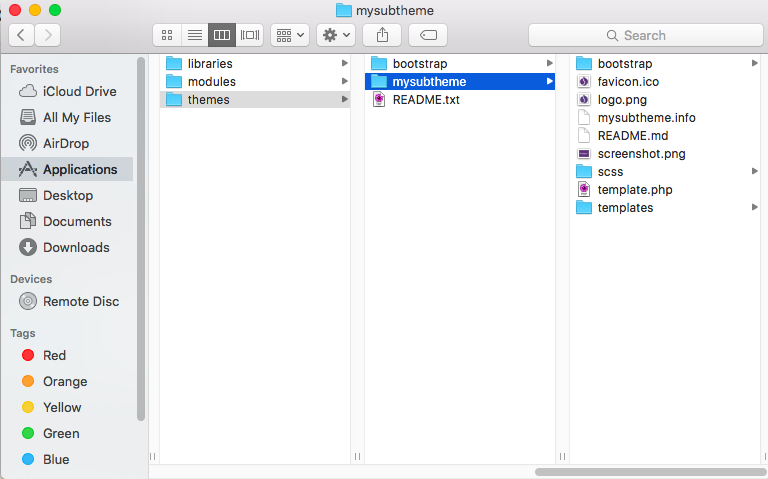 4. Downloding Bootstrap: Downloaded bootstrap file from here as decribed in following image. I did select Sass option. Pasted to /mysubtheme folder, rename with bootsrtap.(even to check, I did try all three options one by one, but same result)

Now, Till this stage the site shows content but not a basic theme formatting. Comparative image below. 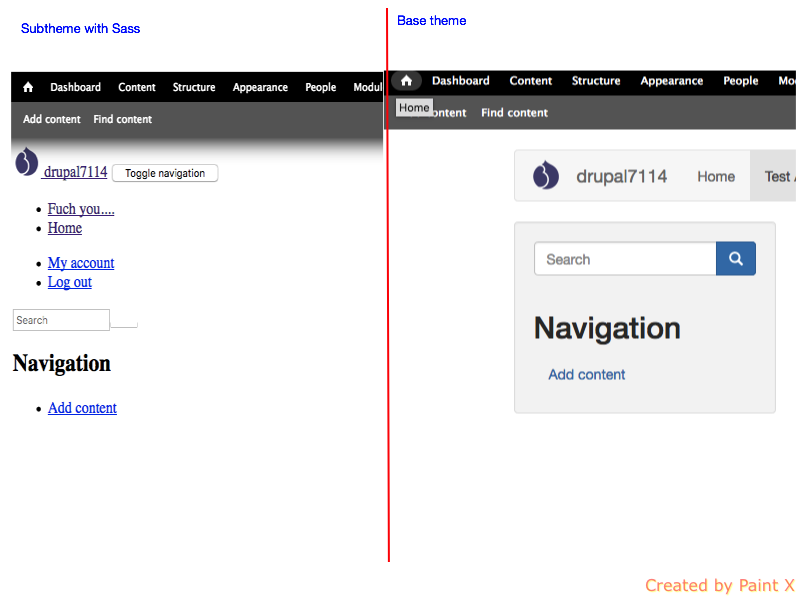 What could be the reason or I am missing something.

The following setting needs to be disable in mysubtheme.info(sass.starterkit A original file). And may be @FreeRadical want to point out same thing by asking "Have you removed the CDN?" in the his comment.

; Disable the CDN provider so compiled source files can be used.

After commenting out settings[bootstrap_cdn] = '' it does take the base theme setting.

Any more suggestion appreciated. For now, this solution works.

Not the answer you're looking for? Browse other questions tagged 7 theming or ask your own question.