Configuration successful but never gets imported

I have some changes in core.entity_form_display.node.news.default. When I run drush cim -y it says it is successful but it actually never imports it.

The changes are removing field groups from the form display.

If I try to import via UI it also says it is successful but it never gets imported. I don't get any errors in my error log. 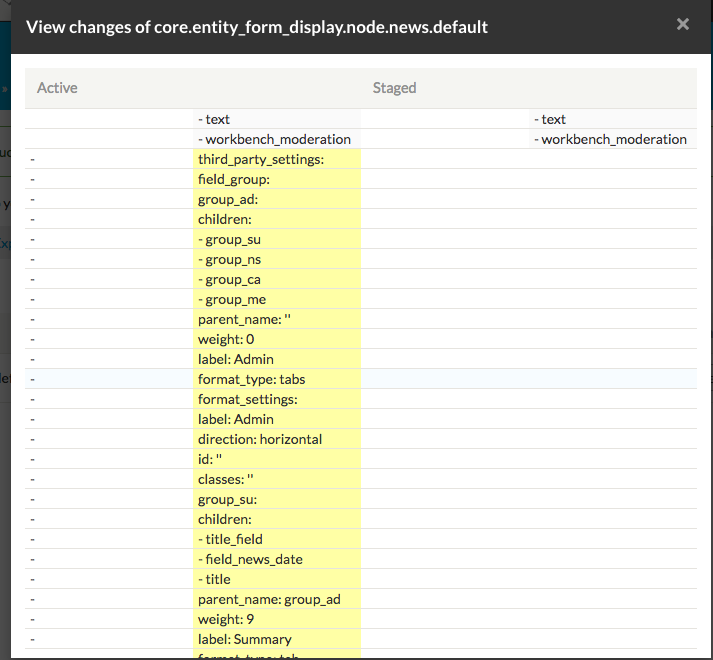 I tried to make some other configuration changes like changing the site name and it works. It seems to be an issue with Field Group or at least when deleting a field from from a form display.

Not the answer you're looking for? Browse other questions tagged 8 configuration entities or ask your own question.

9
How to properly delete a field collection?
19
Exclude configuration from import/export
3
Configuration Management is broken between two site environments, I have no idea how to fix it
0
How do I recreate the system.site configuration element?
1
drush cim creates and immediately deletes field
0
Webform Error Occurs During Configuration Import
3
Config import for certain items appears to fail. How do I fix this?
0
How to display configuration updates when deleting fields programatically
0
drush config:import "There are no changes to import." for "content" view