I am trying to implement simple test for my custom module. But the test case always failing for user login. In the test script what I am trying to test is whether admin page is loading properly without any errors.

I am following similar code from core modules and other contributed modules. But couldn't figureout what I am missig in mine. My test script is given below: 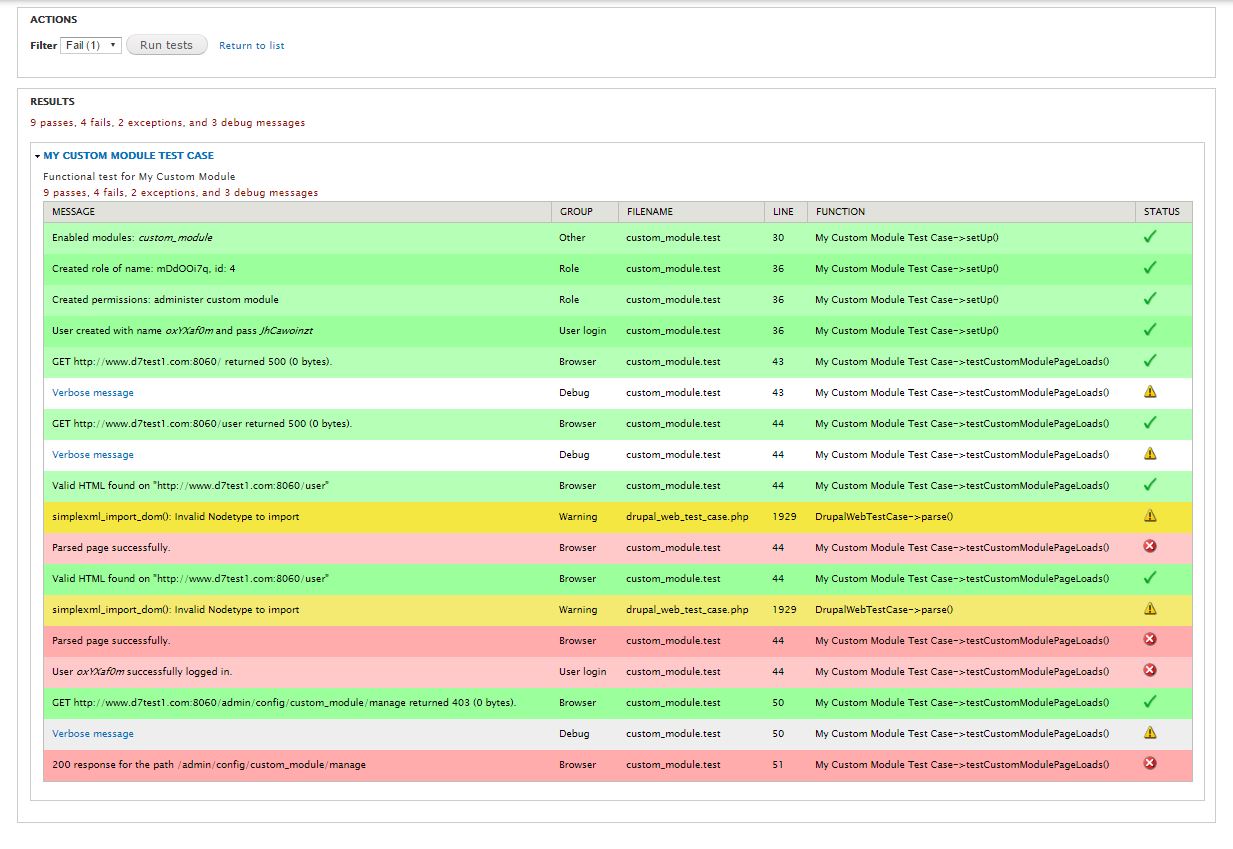 With the info given here, it's essentially impossible to say what's wrong.

Also it's worth noting that you are getting 500 response (internal server error) and invalid HTML meaning something fundamentally is failing in your tests. It's not possible to say what it causing this, could be any kind of coding error on your part.

If the module works in non test scenario, most likely you have unmet dependencies, like some module/theme not being enabled which is causing errors and trouble.

Looking at the debug messages and DrupalWebTestCase::parse would be a good place to start debugging.

Not the answer you're looking for? Browse other questions tagged 7 testing or ask your own question.

8
Testing installation profile with custom tasks
0
Help installing rpx module
0
Using custom test helpers in your test cases
1
How do I get a custom script to run when using hook_cron in my custom module?
1
drupal 7 entity and simple test
1
Enabling a custom module after uninstalling it
0
Configuration page for module does not apear?
2
How do I enable a features module in the setup of a simpletest testcase
1
How do I speed up `drush test-run` (compared to the SimpleTest UI)?
0
use admin theme to render modules pages