We have a site with about 16,000 registered users. I've just discovered there are over 100 duplicate user registrations.

These users have all the same details (username email etc) and have been created at about the same time and have a uid that is just one more than the original.

We are using Email Registration module 7.x-1.3. I've tried duplicating the problem by hitting the submission button multiple times and be creating an identical submission. However, I always get the validation error.

Note: we also use Rules and there is a rule triggered by a "After updating an existing user account" event. The rule runs some simple PHP code that adds the users details to a CSV file.

I think that this part of your question is crucial:

... there is a rule triggered by a "After updating an existing user account" event. The rule runs some simple PHP code that adds the users details to a CSV file.

I.e. to (a) understand what's happening and (b) to come up with some type of workaround. Read on for more details ... 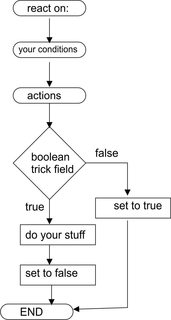 If your PHP code is just adding the details to CSV, there is no point in doubting that rule. However, you can just disable that rule for a while and give it a try again. Also, check if there is another custom/contrib module/code that acts when a user is created.

Not the answer you're looking for? Browse other questions tagged 7 users or ask your own question.

5
Why is my rule that reacts on event "After updating an existing user account" firing twice?
3
How to implement a Rules Condition like [account:last-login] = never?

0
Delete duplicate user
0
User Name and User Email Conflict?
0
feedback for duplicate registration attempt
3
How to access to the user info on the search page?
2
How to verify only the email address on user registration?
1
What might cause drupal to give me Japanese values for the user profile, when the site is set to English?
0
Insert/create user in database using login form
0
What settings are there for sending an email to the users who create accounts?
0
Bulk user creation