How do I use a different structure of a theme on different pages? 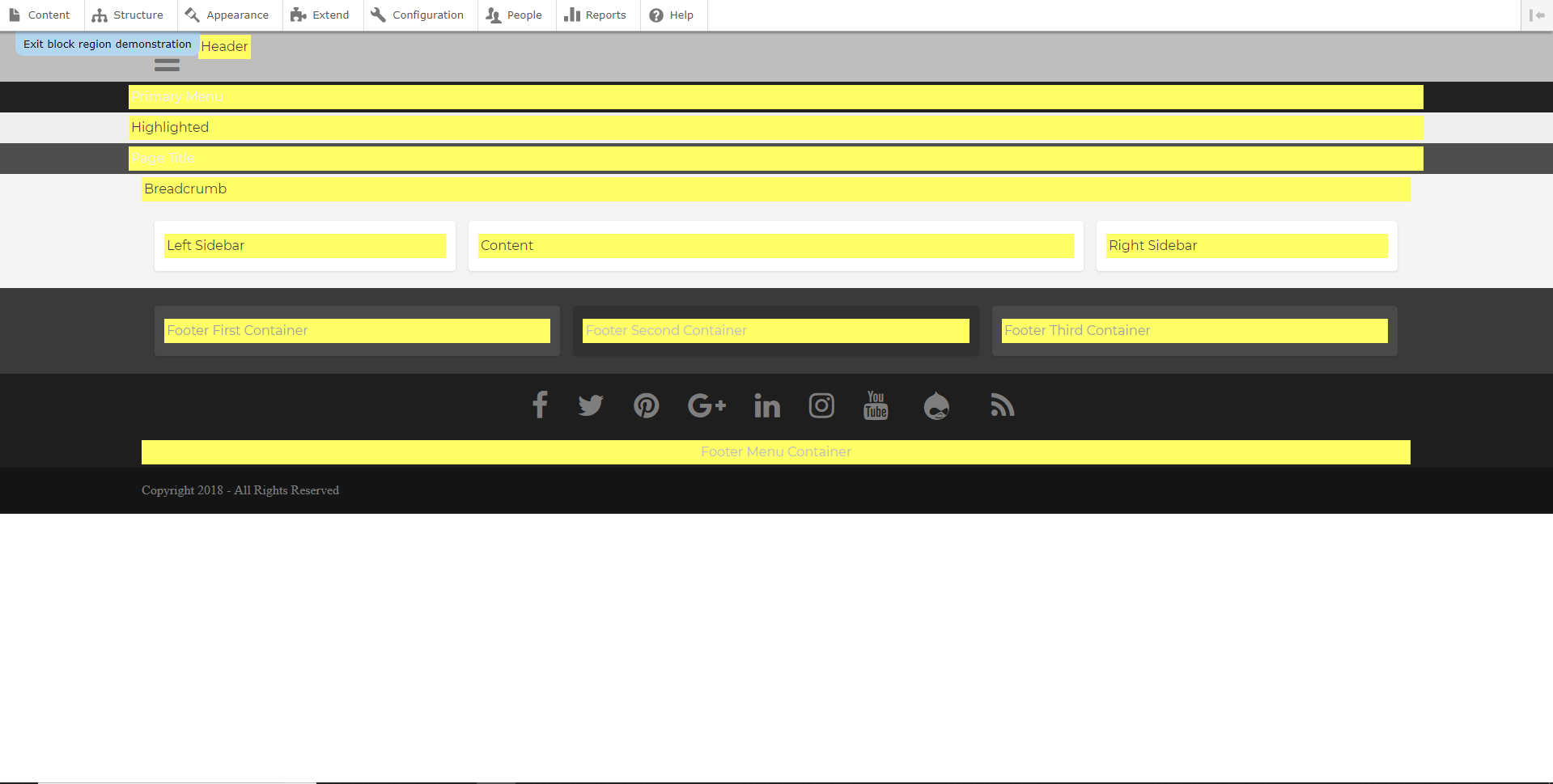 The picture shows the block region demonstration of a Drupal theme that I am using.

I am new to Drupal.

Is this possible? If yes, how should I do it?

Theme block regions are just empty placeholders that mark up certain points within your HTML. Regions don't affect your site on their own, it is only when you put Blocks inside them that they show up.

Most (if not all) themes first check that a region isn't empty before printing the region container into the HTML. So regions don't appear in your HTML if there are no Blocks inside them.

What you should be focused on instead is Block Visibility, not regions. It makes more sense to control where each piece of content should appear, instead of controlling the containers/regions.

And you can control for each Block on which pages it should appear, so that is how you achieve the different structure of the pages. Some Blocks you set to display for example in sidebars regions but only on the front page. Some Blocks you put in the sidebar but only on node pages.

If there is a page that doesn't have any blocks set to appear in sidebars, then this page will not show any "sidebar area". It will be up to your theme CSS to style what the page without sidebars looks like. Most likely it will just be a simple one column area for your content.

There are modules that allow you for more control over the Blocks placement (Context for example), that do something that could be described as turning regions on or off, but that is a slightly different approach and I think you should play with the original Blocks arrangement first if you're new to Drupal. It is much easier to understand and setup Blocks to be visible on only sections of your website.

In Drupal 8 you can place the same Block more than once, in another region, or even the same region. You can then adjust the Visibility to different conditions, so for example you can have your Main navigation displayed in Header region on the front page, but displayed in the sidebar on all other pages.

BTW the above example isn't the best one, navigation should be always in the same place for accessibility and other reasons. But I hope you understand the concept of placing Blocks in regions, but then using Visibility to make them appear on only certain pages, and not others.

Not the answer you're looking for? Browse other questions tagged blocks or ask your own question.

1
Drupal 7 regions
1
How can I use Pages in drupal 7?
1
How to split content over different regions… views?
1
Add/hide blocks on user page
5
What are my pages called for adding blocks?
0
Theme get blocks
2
How to create navigation menu on sidebar with different navigation links displayed on different pages?
1
How to add a block to the main page region?
3
How can I add special classes to only all blocks that's generated in certain region?