Cannot get subscriptions to send out at correct intervals

I set up the "subscriptions" module and have set it so that all members of the page have access to a number of panels. One allows them to set the frequency of emails, one allows them to pick and choose which nodes to subscribe to. The node choice works well, and so does choosing a 'digest' choice for the emails.

The issue I am having is that the notification emails are sent out at what seems to be the first cron event after the new content has been added, which can be a long time if I don't visit the site, but at the same time too soon if someone has chosen a longer interval.

I am currently the only one 'testing' the site so have two users set up with subscriptions. One I have set for once every 3 hours and one 'once per day'.

As Cron was only running when either entering the site or running manually, I also chose to download the module "Ultimate Cron" which I thought would run Cron more often (i have it set to 30 minutes), but it does not seem to be doing this either, although messages are being sent to both users, even if the one asking for a message no more than once per day has already received one in that 24 hour period.

If I don't visit the site, both now get messages at least, but not at the correct intervals.

One of the main organisers of our organisation says she will not join the forum and member site unless there is a way to get notifications once a day, or once a week, and she is trying to push to use Yahoo forums, but I have everything set up the way I like it and so if I can fix this one issue I can then open it up to members of our small society.

Here are some screenshots of my SUBSCRIPTIONS settings. I have tried to show what I believe is relevant. I have disabled the other subscription modules which I had tried in the past. I DO have some messaging modules though (please see "messaging module" image) 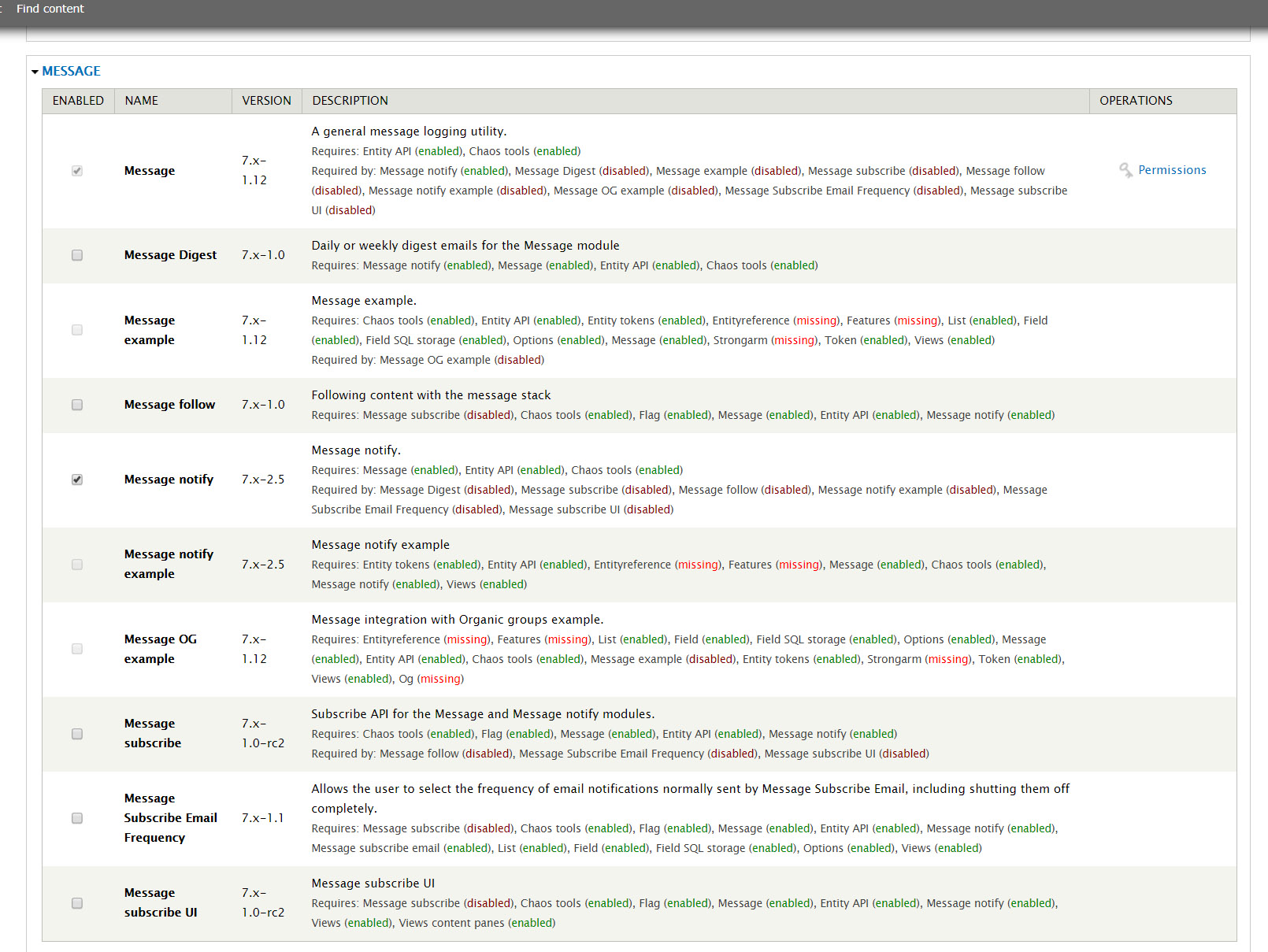 UPDATE: Tested again and still receiving messages on each cron run rather than at the correct intervals. As mentioned below in a comment, it is likely an issue with the Subscriptions module.

If anyone knows how I may be able to fix settings, or even adjust line code to figure this out then I would be very grateful.

Had already tried notifications etc. but Subscriptions is perfect for what I need (if it worked).

Setting cron to run every 3 hours does not necessarily mean that cron will actually run every 3 hours. This is because it is not truly automatic. Something needs to trigger cron to run. This trigger happens when a user visits the site. As part of dealing with the page request, Drupal will check for the last time that cron has been run and will run cron as part of the request if it is time to do so. If cron is set to run every three hours and three hours has passed since the last time it has run, it will run as part of the page request for the user that happens to hit the page at that time.

Source: Why Drupal cron is not running as often as you think and how to fix it

The solution to this issue is to instead run/trigger cron from your server using crontab.

You can read about it here Why Drupal cron is not running as often as you think and how to fix it and goes over a solution using C-Panel.

If you don't have C-Panel you will have SSH into your server and manually add an entry to your servers crontab:

The automated cron module has the disadvantage that it is triggered by a request, and the unlucky user who sends the request may experience a fairly long delay. For this reason, the automated cron is typically used by smaller sites that are unable to create a cron job manually, e.g. using the Linux crontab. If crontab is desired, Drupal console command may be used to simplify the configuration (rather than curling the long url show in /admin/config/system/cron. Here is an example crontab entry:

This would execute Drupal cron once per hour at 30 minutes after the hour.

I wanted to update this. Once I had corrected the Cron run, I then reset the subscriptions and then it worked fine. For others struggling, it may also be good to ensure that any changes to the intervals are made BEFORE the categories are chosen, as changes to the intervals will only work with subscription choices made AFTER the change. This may have been part of the issue for the account with the daily option too.

Thank you all for your help.

Now if they would just add a way that interval changes would act on all current subscriptions too. :)

Not the answer you're looking for? Browse other questions tagged 7 emails cron notifications or ask your own question.

1
Could not locate PHPMailer library
0
Subscriptions does not send out "update" notifications
1
How to subscribe to any or all taxonomy terms on one page?
2
How to limit the execution of a rule for sending an email to only run once in a day?
0
Using Ultimate cron to set a specific time to run a function of module, but it is not working as expected
2
Limit amount of emails sent per time frame?