I have installed Drupal 8.6.3 minimum profile and found out that there's no Administrator role under permissions section. Is this normal or am I missing something?

We have few people that needs to be using Admin roles, so without a Administrator role, I can't assign them to such a role. 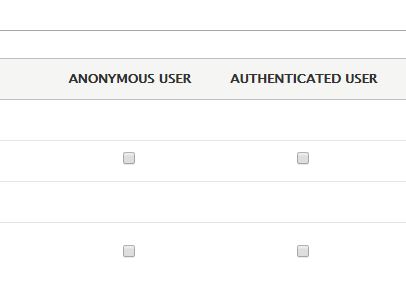 As per creating the role from the user interface, that would be possible, but the created role would be a role like the others, while the Administrator role created from the Standard profile automatically gets all the permissions defined in a Drupal site. In fact, Role::hasPermission() uses the following code.

If you need that role, and you cannot reinstall Drupal using the Standard profile, you can create a custom module, for which you create a config/optional/user.role.administrator.yml file with the following content.

(Replace yourmodule with the module name.)

When the module is installed, the role will be created. Since the file contains is_admin: true, the role will have all the permissions, automatically, like the Administrator role created by the Standard profile.

If you installed Drush, with drush config-edit user.role.administrator you can edit that file and set is_admin to true.

3
Granting restricted permission roles
2
Creating a custom locked role
1
Role that can set roles but not change its own
0
How to allow user of certain role to create user only of selected roles?
3
Programmatically build module permission list
1
Sort Criteria - sort by user role
1
User's to edit roles and permissions for any user less privileged
1
How to change permissions to a role when a content is set as published