I'm not really a Drupal guru, so any help it'd be awesome.

There's a taxonomy for every state (State Owner), which then allows me select the state when adding a new article.

However, I'm trying to add a National (NAT) to the list. I've added it to the taxonomy term list: 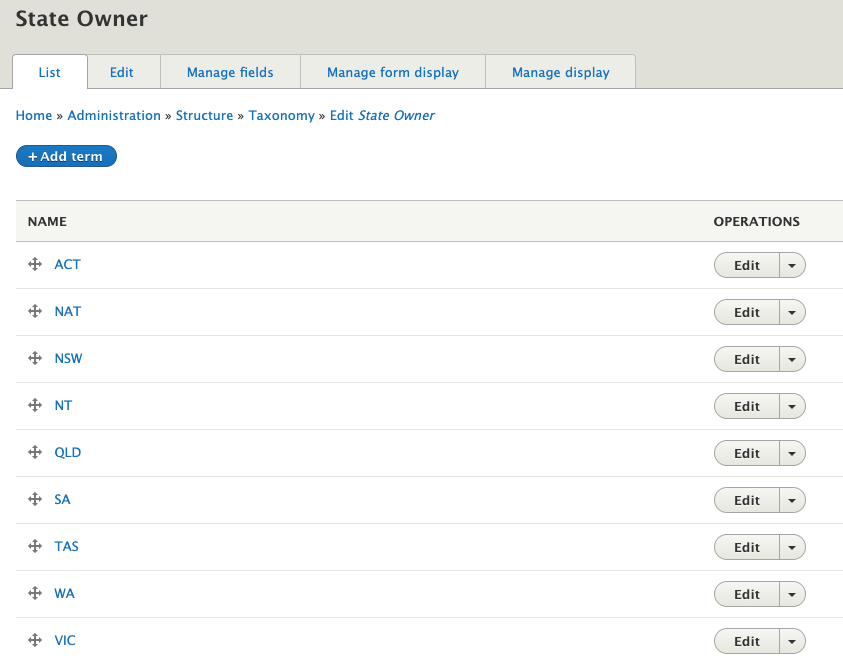 However, NAT won't show up on the State Owner field when adding a new article: 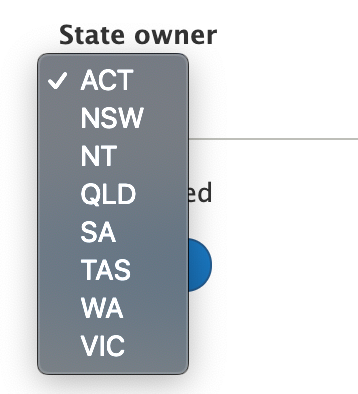 I can see the item on the DB too:

I've flushed the cache, even restarted the server... It just won't show up on the Add Article page (on the State Owner drop down).

If anyone else lands here looking for an answer, after going around in circles for many many hours, I found out the solution.

When I gave up and was about to recreate a core component in order to overcome this issue, the first thing to do was to delete this taxonomy term, however, Drupal flagged to me that it'd affect the Access Scheme / Taxonomy Main. Interesting, so I decided to Google it, I found out this text came from a component called Workbench Access, which among other things could manage a Scheme for Taxonomy. Looking into installed modules, I indeed had it installed. Bingo. However, I had no access to it (that's why I never actually found it).

The old developer (which I no longer had access to), made me "Admin" of the system as part of his handover. However, this component was hidden for all users, but his.

After copying my hashed password, replacing his with mine, and logging in as him, I could see this component on his user homepage, which was just a matter of disabling it for State Owner and voilá. Working like a charm.

Not the answer you're looking for? Browse other questions tagged taxonomy-terms or ask your own question.