People who code: we want your input. Take the Survey

Have can I have a view grouped by nested hierarchy?

I have a nested taxonomy as follows:

Some forms will only have the taxonomy of "Basic Forms", some will have taxonomy of "overtime forms", etc. So I want my Forms view to look like this example: 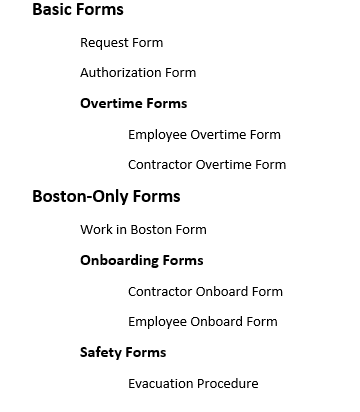 How can I get my view to recognize my nested taxonomy?

EDIT TO ADD: I have made some progress and what I have is repeating the parent taxonomy: 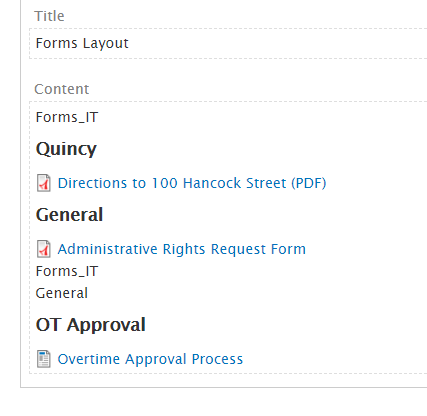 Forms_IT is the parent term-I'd like to start at the next one but can't seem to figure that part out either.

General & Quincy are on the same level. OT Approval is a subcategory to General but it is not appearing as such and it is repeating the parent and child taxonomy when it lists out the nodes.

This is how I want it:

Any ideas on this? Is it simply a sorting issue? 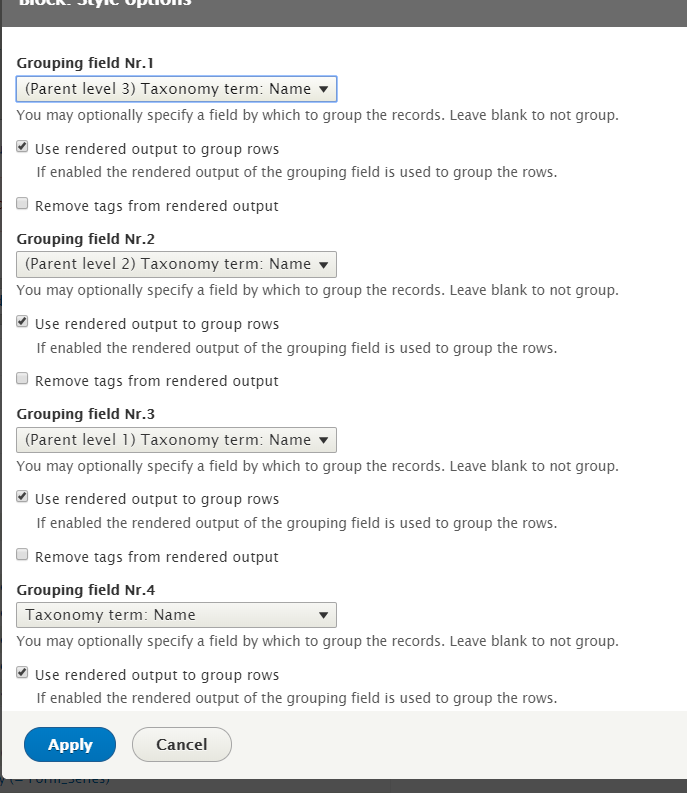 This should get you fairly close, I can't predict OTOMH where the nodes that have been tagged with only the parent taxonomy.

Not the answer you're looking for? Browse other questions tagged views 8 taxonomy-terms or ask your own question.

1
How to create a view of hierarchical taxonomy terms and their nodes?

2
Views exposed taxonomy hierarchy
1
How to show parent terms in view for restricted nodes categorised with child term?
4
Implementing Taxonomy hierarchy in View and Search
3
How can I limit filter to child terms of selected parent in Views?
1
Exposed Taxonomy field in views filters
1
Using Drupal 8's Migrate API, how can I map a nested (hierarchical) taxonomy term to the imported entity?
1
How can I filter child terms in an exposed filter by parent term from contextual filter?