Sorting a view on a taxonomy term with entityqueue

I'm trying to use an entity queue on a taxonomy to create a new sort order for an existing view. But I'm having trouble configuring it.

I've created a dummy website with a fantasy role-playing game theme. I have a content type "Monster" with a taxonomy term "difficulty".

Monsters can have several difficulty tags, but I've created an entityqueue for the subset of tags that I want to sort on: 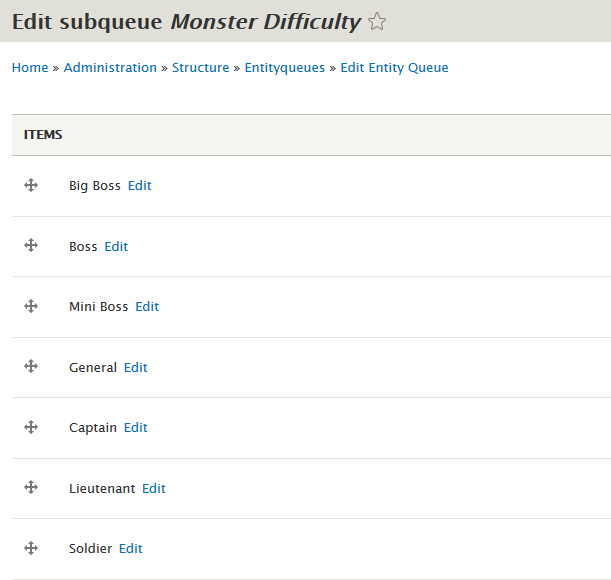 Finally, I added the entityqueue as the first sort criteria: 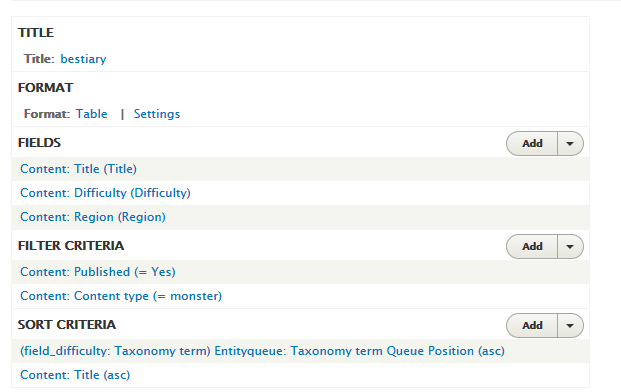 However, the results of the view are still sorting on the title field, "Name", meaning that the sort order of the entityqueue is either not making it in or being respected: 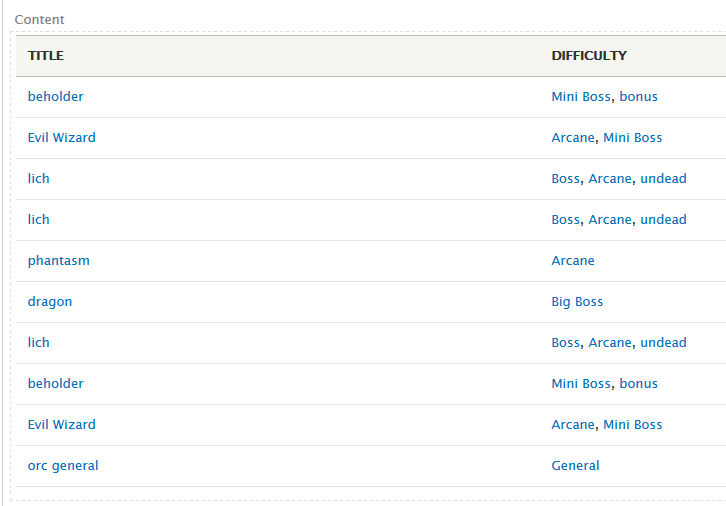 How do I sort a view based on a taxonomy entityqueue?

Edit I removed the sort for the title, as per hotwebmatter's suggestion, but that didn't cause it to sort by the entityqueue.

The order should go Big boss, boss, mini-boss, etc., but it doesn't. 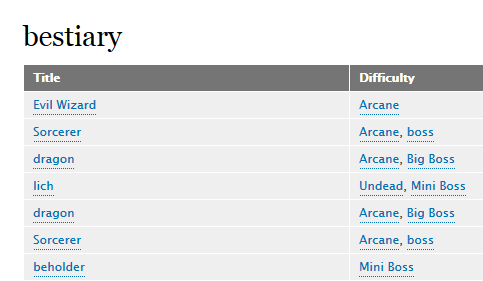 Here are the configuration export ymls of those files different from a vanilla install: https://pastebin.com/r4A94QJ5

If that's the case, then removing the Title field from the Sort criteria should be enough to get this working.

In case that's not sufficient, here's a good video tutorial on Entityqueue.

Not the answer you're looking for? Browse other questions tagged views queue or ask your own question.

5
Taxonomy sorting in view
2
Sorting by "aggregation type: count" is not working
0
How to get view by tag sorting the same as main view sort criteria
1
Adding taxonomy filter at the top of image gallery
0
Taxonomy Sidebar view with Nodes
0
Filter taxonomy term view by referenced taxonomy term
2
View of taxonomy terms that are used giving duplicates, even with distinct
1
Entityqueue - Get field values from the queue