Is there a Grouped Product listing type in Drupal Commerce

I have a Magento site I would really like to migrate to Drupal Commerce. The one must-have feature is Grouped Product. A grouped product will have a base product from which the product listing will use the photos, description, etc. The related products will provide their titles, prices, etc. to the product listing. See the photo for an example.

Can this be done with Drupal Commerce?

Thanks for your time and help! 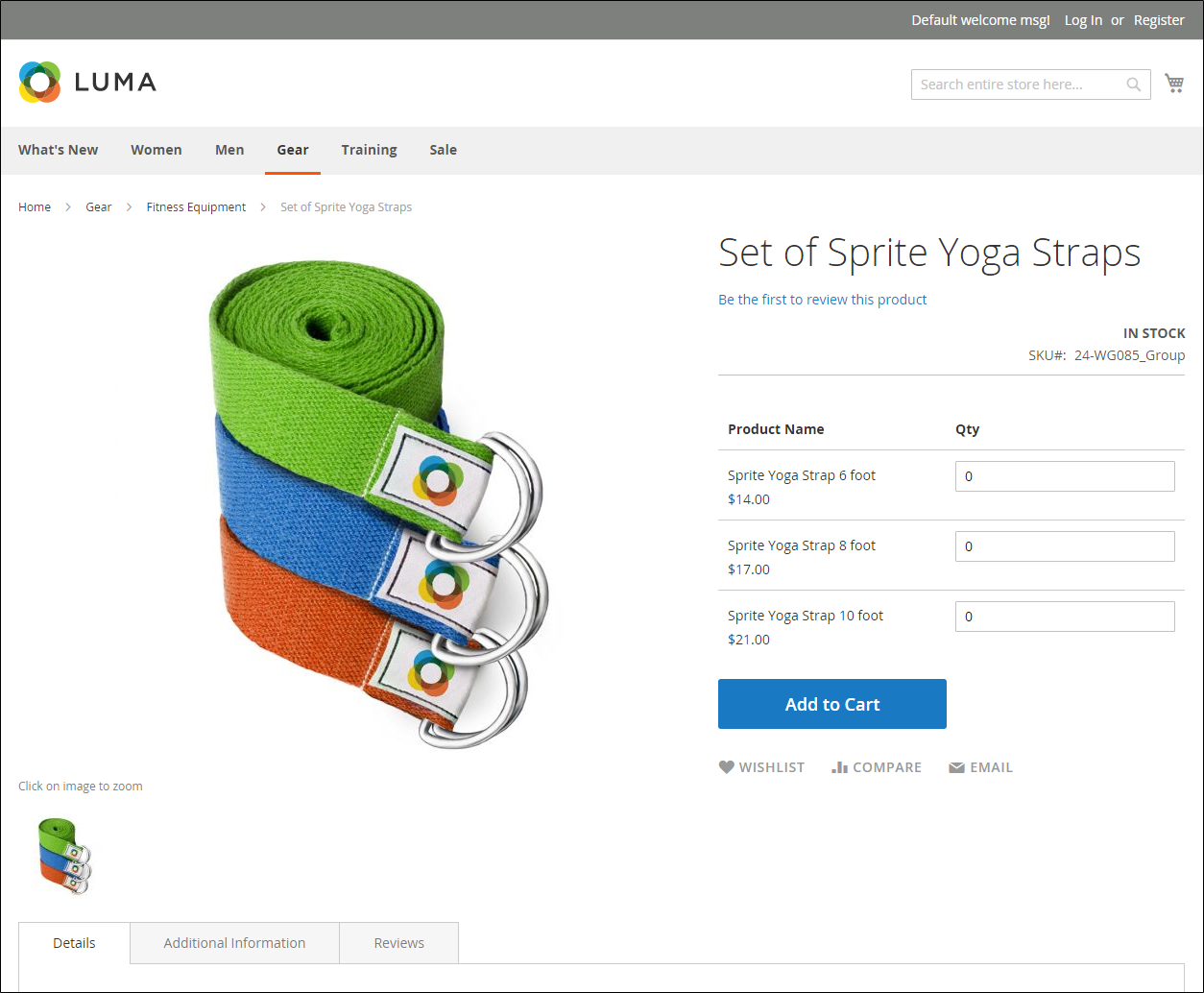 Drupal Commerce does differentiate between products and product variations same as other systems, but the feature you're looking for hasn't been ported to Drupal 8 yet. It's easy enough to create a table with individual Add to Cart buttons for the variations in Drupal 8, but to have a single Add to Cart button for all variations on a product page, you'd need this module upgraded for Drupal 8:

It sounds like from the question, and looks like from the photo example that you would like to sell multiple products as a "Set" (see photo) with one sku (see photo). If that's not the case, maybe add more detail regarding your use case.

The "best" option out of the box:

So unfortunately, nothing is ready for this out of the box, so whatever choice you make will likely require some development.

Commerce_bundle for Drupal 7 is actually very dependable as a dev module, but I'm guessing you don't want to start with Drupal 7 at this point.

There is also product add on (pado) module for Drupal 8, but the use case is a little different than your example.

Sorry there is not better news.

Not the answer you're looking for? Browse other questions tagged commerce or ask your own question.

6
Product comparison with Drupal Commerce
7
How to display all product prices on the page at once with Drupal commerce?
0
commerce product display news
2
Drupal Commerce: How to perform a complex calculation of order's final cost (VATs & discounts)?
0
commerce feeds product import not showing up
1
Commerce product with customer defined attributes
0
Drupal Ubercart to Commerce Migration: any solution for uc_file (file downloads)?
0
Multiple Price for same product in commerce kickstart?