How do I resolve a unresolved dependency error after using Composer to install modules?

I'm going to pull my hair out if I stare at this problem any longer. I've seen the similar questions and tried everything but I can't fix this issue with module dependency versions.

I'm using Composer require drupal/<module_name> and I've tried including specific versions too but that hasn't worked. I see that the current version number isn't being displayed at the end of the error message which makes me wonder whether the system knows what version is even installed?

I also don't understand how so many modules can be asking for different versions of the same dependency. How can you possibly resolve that :|

I should also add that I was in the process of converting manually installed modules into Composer controlled dependencies. I'm not sure if that would make a difference.

It really seems to me that Drupal doesn't know what versions of Modifiers and Paragraphs are installed but I don't see how. 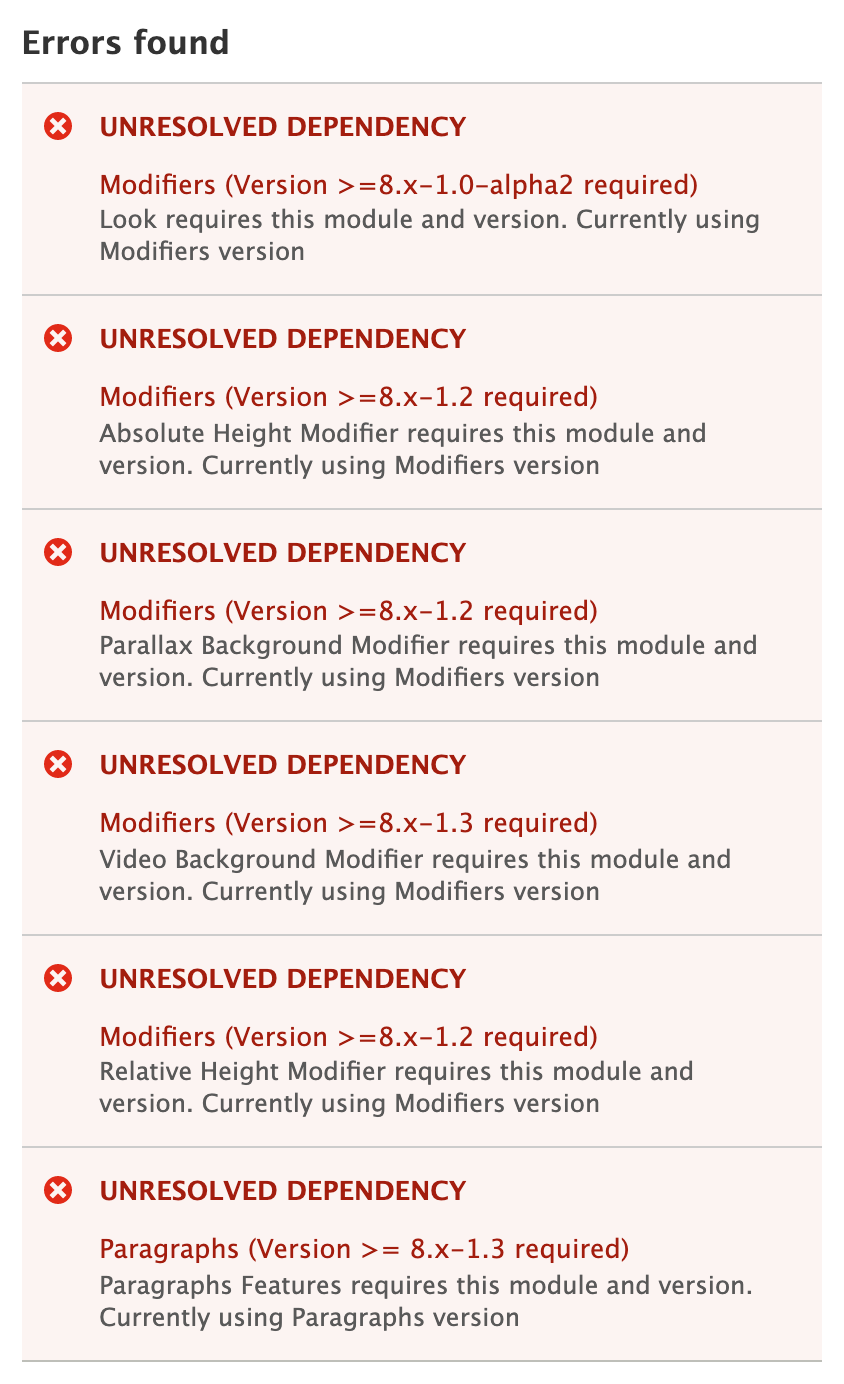 So, the system couldn't decide what version of the modules were installed. Here is a fix:

Not the answer you're looking for? Browse other questions tagged composer or ask your own question.

3
Composer, git and update core and modules
2
How to add dependency to a custom module with drupal-composer?
1
When a module has a composer dependency, should it be automatically installed when the module is installed?
1
How to change composer file directory after it has been set?
1
The missing modules don't get installed after updating with Composer
1
Composer using old JSON for contrib module?
0
How to install a specifc commit in Composer
4
drupal/core vs. drupal/core-recommended