page not found on install

So i wanted to install Drupal on my local mac. I download drupal 7.12 put its content into my htdocs (i'm running MAMP) goto localhost got through all the steps and his save and it took me to "http://localhost/install.php?profile=standard&locale=en" where i get this message

then if i goto localhost i get this 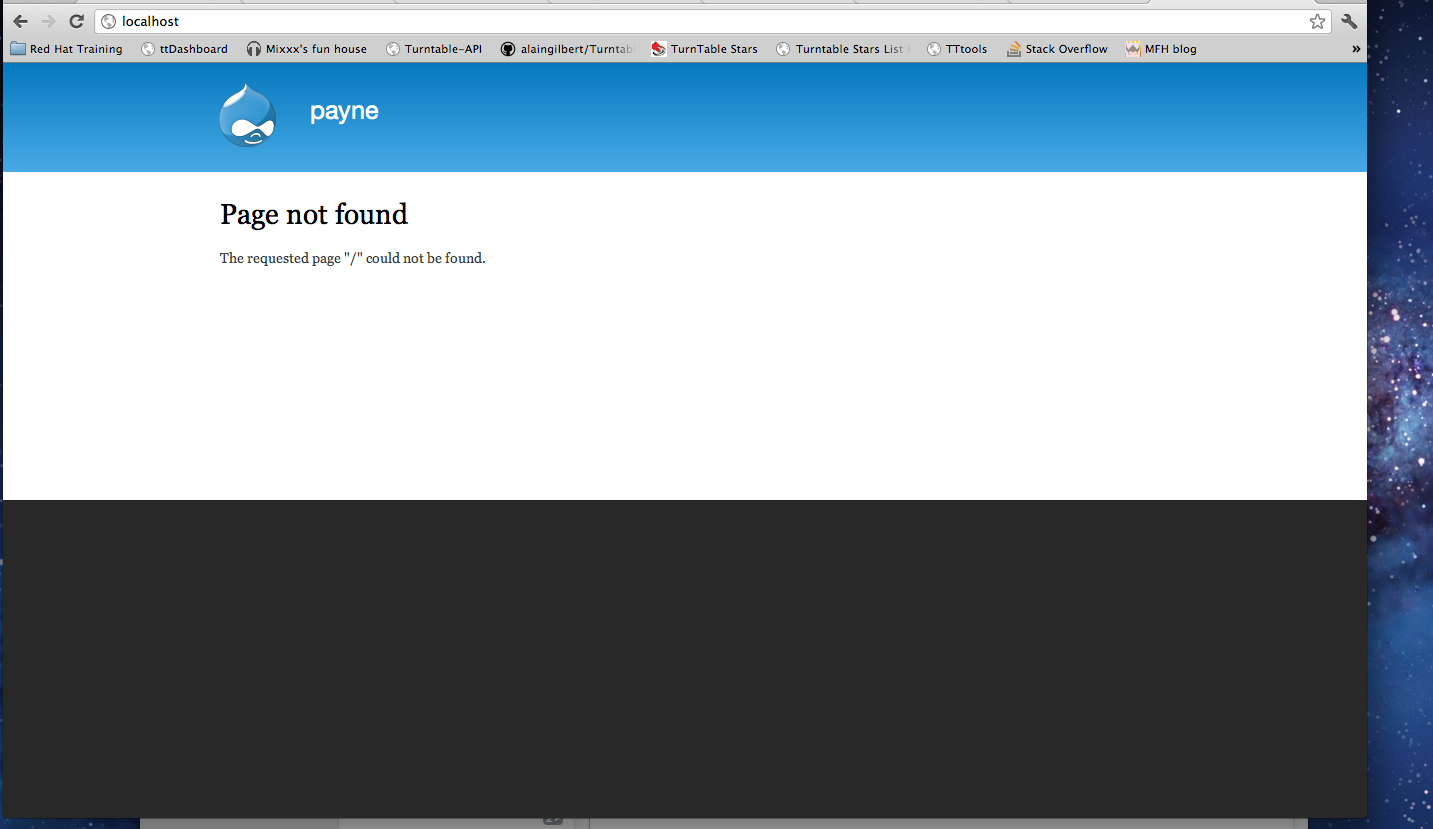 I can't seem to figure out what went wrong Could some one point me in the right direction ?

I'm not sure exactly what your problem is, but it's probably faster to simply try re-installing again from the start than to troubleshoot your installation. It's hard to estimate how much time it will take to troubleshoot when you don't know what's wrong but you know roughly how long trying to install it again will take.

Although I use MAMP with Drupal myself, if you're a first-time user it might be easier to try Acquia Dev Desktop, which is an "Apache server in a box" like MAMP but already includes the latest version of Drupal and is ready to go as soon as you install it. Acquia is a company run by the founder of Drupal so you know you're in good hands.

Alternately, although not specifically a Drupal company, Bitnami offers Drupal as an "Apache server in a box" like MAMP as well as as a virtual machine and as a cloud server on Amazon cloud.

There's also Pantheon, which is a Drupal platform that will let you register an account and create Drupal sites in the cloud for free (note that Pantheon will, however, charge you if you decide to take your site live on their service).

I listed many options; of them all, Acquia Dev Desktop is the simplest to set up and get running.

Not the answer you're looking for? Browse other questions tagged installing or ask your own question.

0
Drush on Macbook Pro cannot read Dupal Correctly NOW RESOLVED!
3
After D8-rc1 install, homepage work but all other links gives a “page not found”
0
Install New Module Link Not There
0
MailChimp + Drupal 8: How to install properly? (page could not be found)
1
Page not found after installation
0
Not able to install modules
1
After restoring, incorrect database credentials are used