How to place custom menu in user profile

I have created a user menu as shown below

I have been searching for this for 2 days now, and decided to go for bounty. But, didn't know the solution was so simple. I tried doing the same on fresh install of Drupal and it worked fine. And kept on adding the modules one by one, again testing the functionality for any change. It appeared to me that after disabling Menu token module, the requirement worked absolutely fine.
Then I checked to see if I gave a wrong token replacement. And the menu structure which i was using was as below

And I used gave the path as *user/** in the Visibility settings of the block(highligted of corporate theme) as discussed in question and comments above,

The Problem identified(as per me) was that I was considering user profile page as a node which I think now is wrong, so the token [node:url:absolute] was actually a wrong token and hence the menu was not displaying on user page. What I did is changed it simply to [current-page:url] (as I wanted the user to be on same page, and I suppose we cannot give # in the path of the menu to achieve it)as shown in fig below and used the same visibility settings and it worked :)
So, basically the parent menu path was wrong which created the problem. Nevertheless, it was good learning experience!! 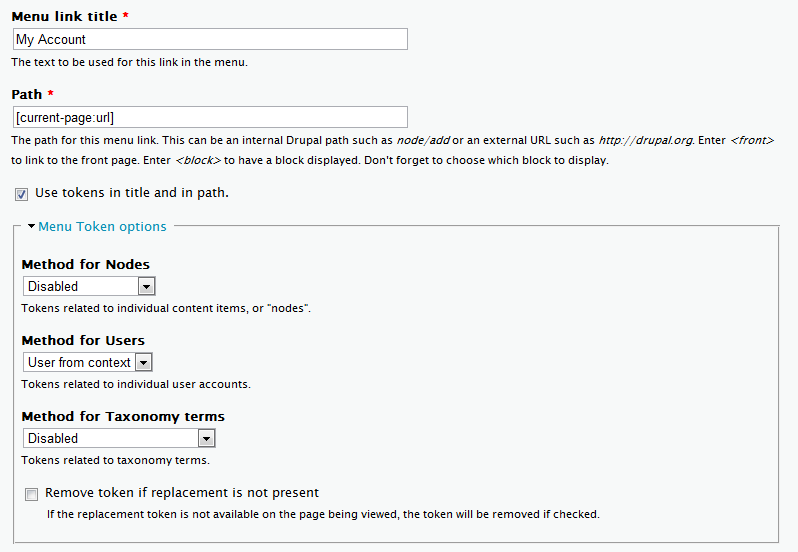 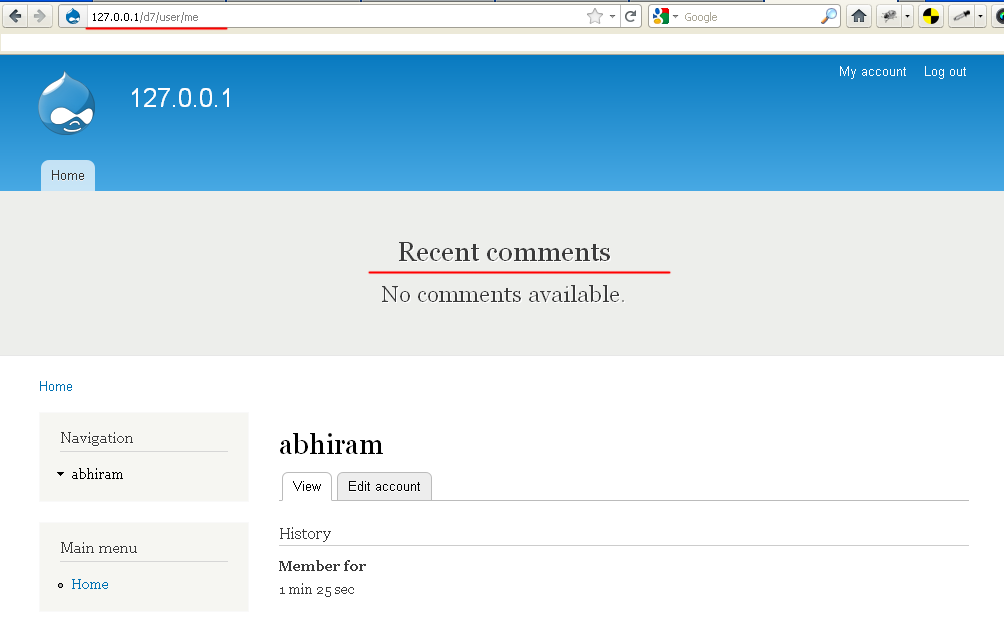 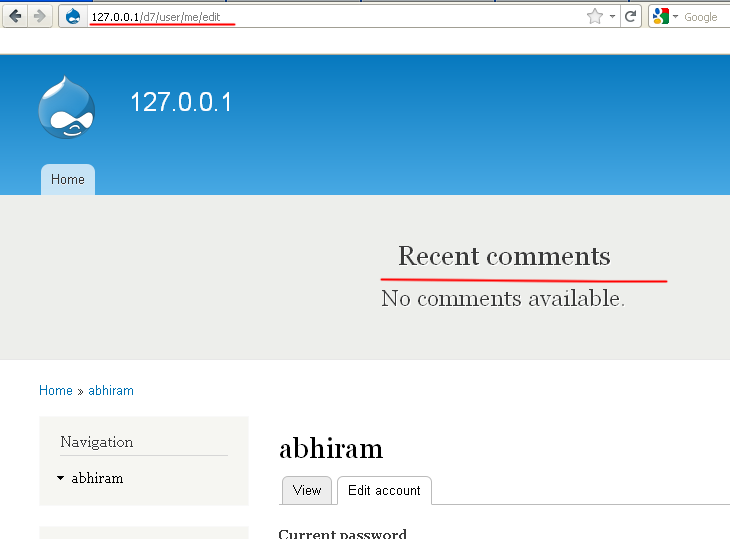 There is some miss configuration or Module conflict for sure.

Not the answer you're looking for? Browse other questions tagged 7 routes users navigation or ask your own question.

1
Access denied when user tries to edit his Content Profile
0
Drupal 7 custom module for menu
3
How to add block to only user/uid and not user/uid/edit
2
How to add a menu tab to a user profile?
0
To show custom user fields in a view does not work for user with uid 1
0
How to add active class to a specific menu only, while ignoring other menus?
1
how do i add a login menu to superfish menu module?