Is there a module which allows for the limiting of emails sent per hour using drupal mail system?

My server has a limit of how many emails can be sent per hour. Most of my users are online at the same time of the day, so it makes sense to spread the emails out over the day rather than sending all at once.

But the only mail modules I've found so far send all emails in one go rather than being able to limit the amount per hour.

How can I set Drupal to limit the amount of emails it sends per hour and all unsent emails are queued for the next hour?

There is an option, Queue mail module that queues all output emails in the queue ( you can define what email Ids queue). then set Cron to run each hour with ultimate_cron module)

the only problem is that you can not define how many hours can be sent in a Cron run. you can just set how many seconds the Cron can be run ( Queue processing time) . I think with a couple of tries you find your desire time. 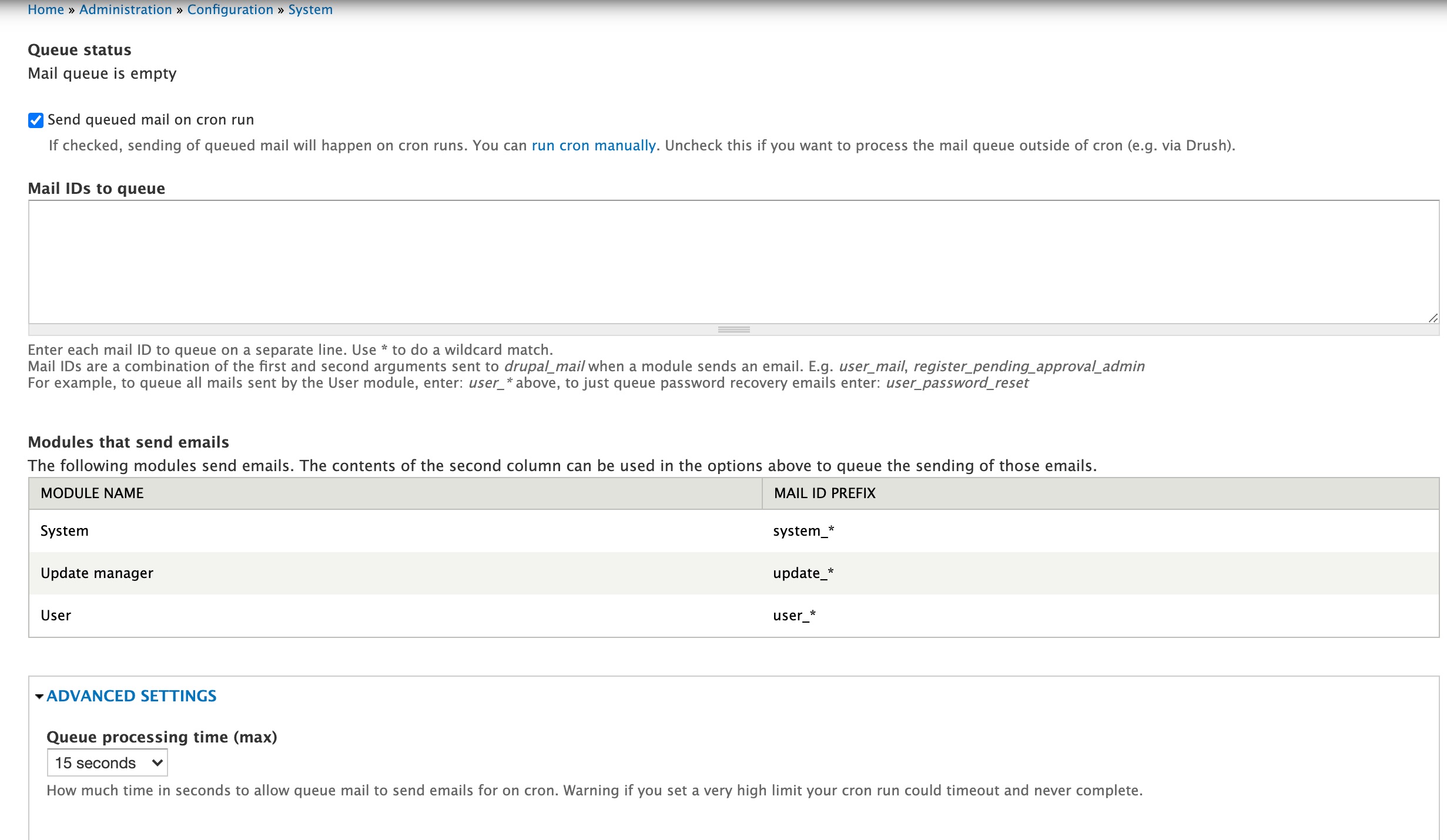 Not the answer you're looking for? Browse other questions tagged 7 emails or ask your own question.

0
how to send muliple emails in drupal in same time
2
How to prevent a Rules Action to happens twice using Rules Event User account validated?
0
Limit amount of content creation per anonymous user
0
Can emails be sent asynchronously via rules? (Using Queue?)
1
How to ensure emails are sent only once to users in a Views Block Operations (VBO) list?
2
Emails not being sent from Acquia dev desktop2, win7
0
Emails are not sent to outside domains
1
How can I limit the number of email sent per hour in a rule?