I built several form blocks in a custom module (D7). These forms display a select list of data pulled from a SOAP service server, are sequential, first form selected data is needed on second form, ... up to 5 form blocks, and blocks were added on a panels node/view page, meaning that I have in context the node being viewed, but my blocks get the nid by url. Everything works as needed, but I would like to get rid of the warnings (a lot of them). I used a node/view in panels because after every form completed I update node being viewed. An image says more than a thousand words. Thanks. 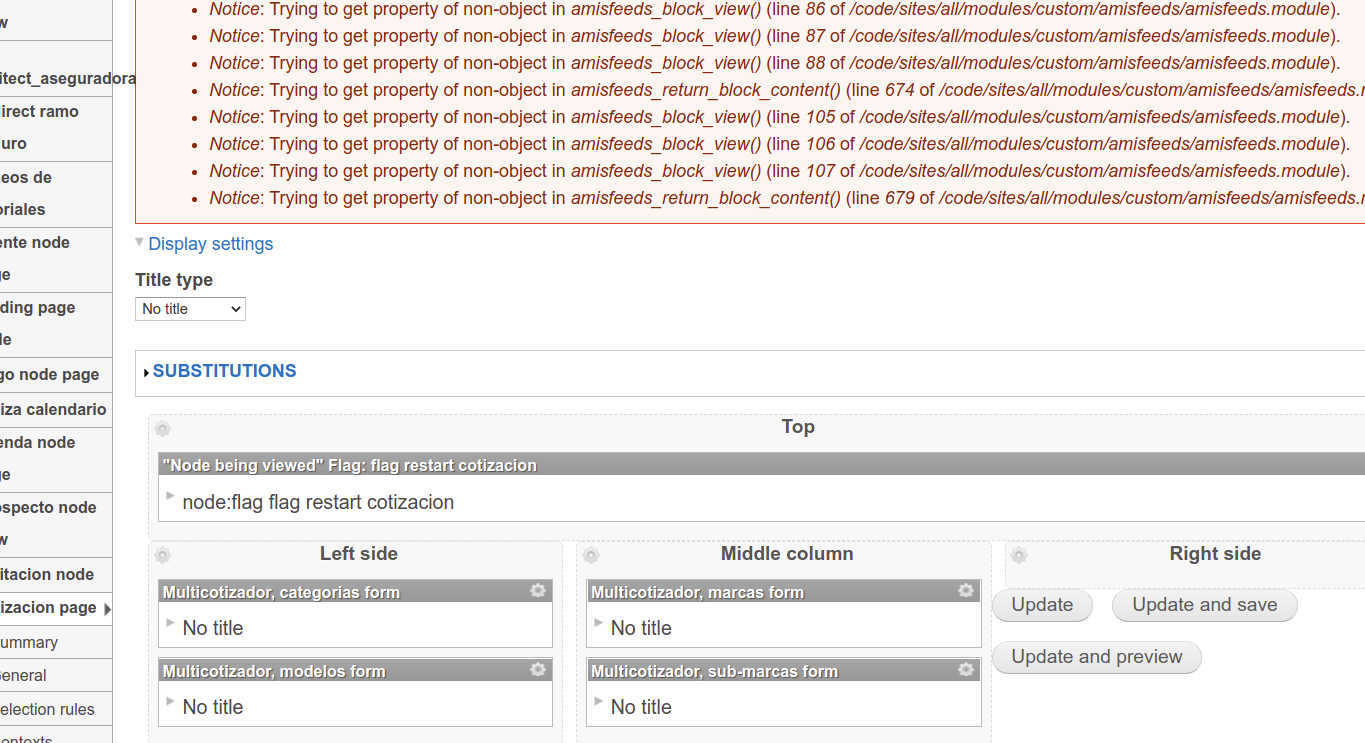 The node_load function is going to return FALSE if the node is not found. Add a check for the node before trying to call a member function of it. Such as:

Not the answer you're looking for? Browse other questions tagged 7 panels bootstrap-theme or ask your own question.