In Activity Stream, how is the 'active group' determined when a node has multiple organic groups assigned to it?

I created new blog node in Drupal commons and assigned it to two organic groups. While it appears under both groups' Blog tab (view group_tab_blogs), it only appears under one group's Home tab but not the other.

On exploring the activity_log_stream view which is essentially the query for this tab, I noticed that it filters on the stream owner and does not search any other table. 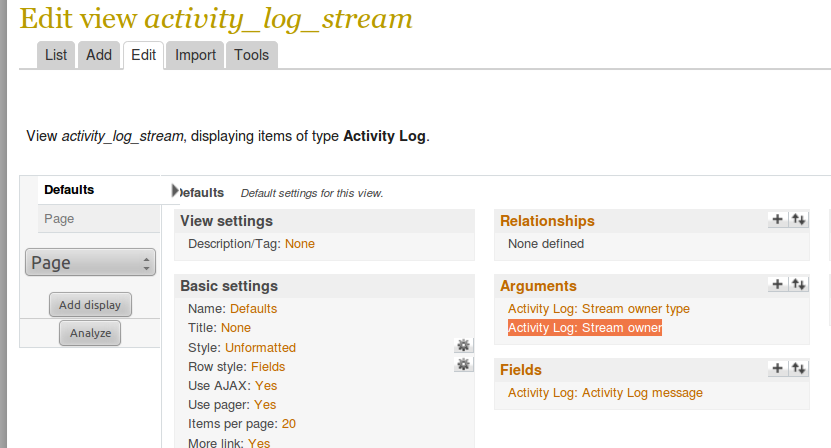 My question is then, would I have to duplicate the row in this table or is there a way to have "multiple stream owners"?

Update: After a bit more digging, I started playing with the rules area. Here I see that this rule fires after the creation of a Node. But, again, how is the 'active group' determined when a node has multiple organic groups assigned to it? 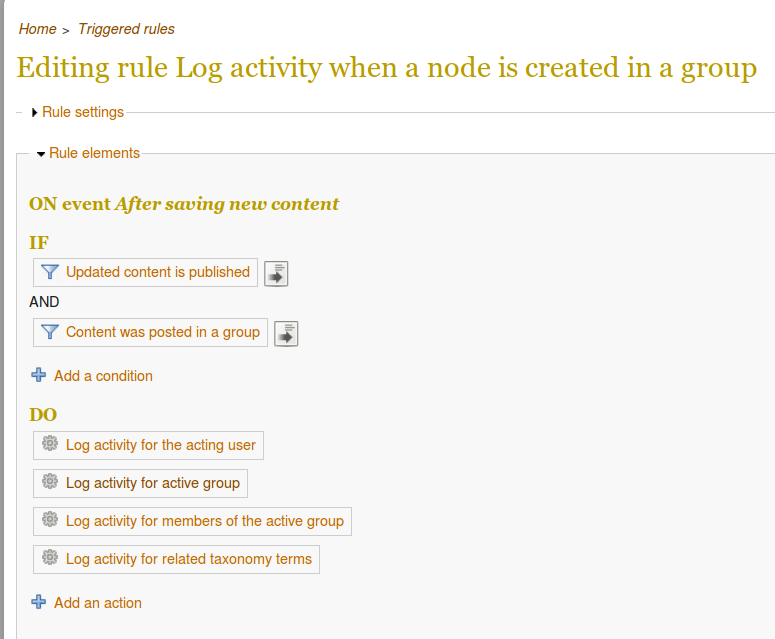 Update 3 The above patch failed...

I believe the active group is just the group context which is present when content is created (i.e. if you're 'in' group B and post a node into groups A and B, it'll only go into the stream of group B). So it's not great for cross-posting.

You shouldn't use the patch in that issue because it was never finished, it's out of date, and has bugs and bad code that would most likely break your site.

If you plan to keep using Commons 6.x, best to post a feature request in the Activity log queue requesting default rules that would work to create multiple log messages when content is cross-posted across groups. Otherwise, wait for Commons 7.x where it's not planned to use activity log.

Not the answer you're looking for? Browse other questions tagged 6 rules organic-groups 7 routes or ask your own question.

1
How do I disable the “Group activity” tab on the organic groups page
1
How to programmatically assign/add new groups to the OG in Drupal Commons 6.25
0
Imported blogs not showing up under proper tab
3
Complicated content/node access scenario, input wanted
1
How may I add a tab item in an OG that shows a Content Type related to that group?
1
“Organic groups: Group node” equivalent?
0
Can a subgroup of a public group be private and hidden?
0
How to add Organic Groups after Site has been created