In a Rule, how can I prevent executing subsequent actions if the first action fails?

In a Rule, how can I prevent executing subsequent actions if the first action fails?

In my case, I want the order to be marked as Processing only if the order was successfully transmitted to the fulfilment center. I've tried returning FALSE from the action but this has no effect. 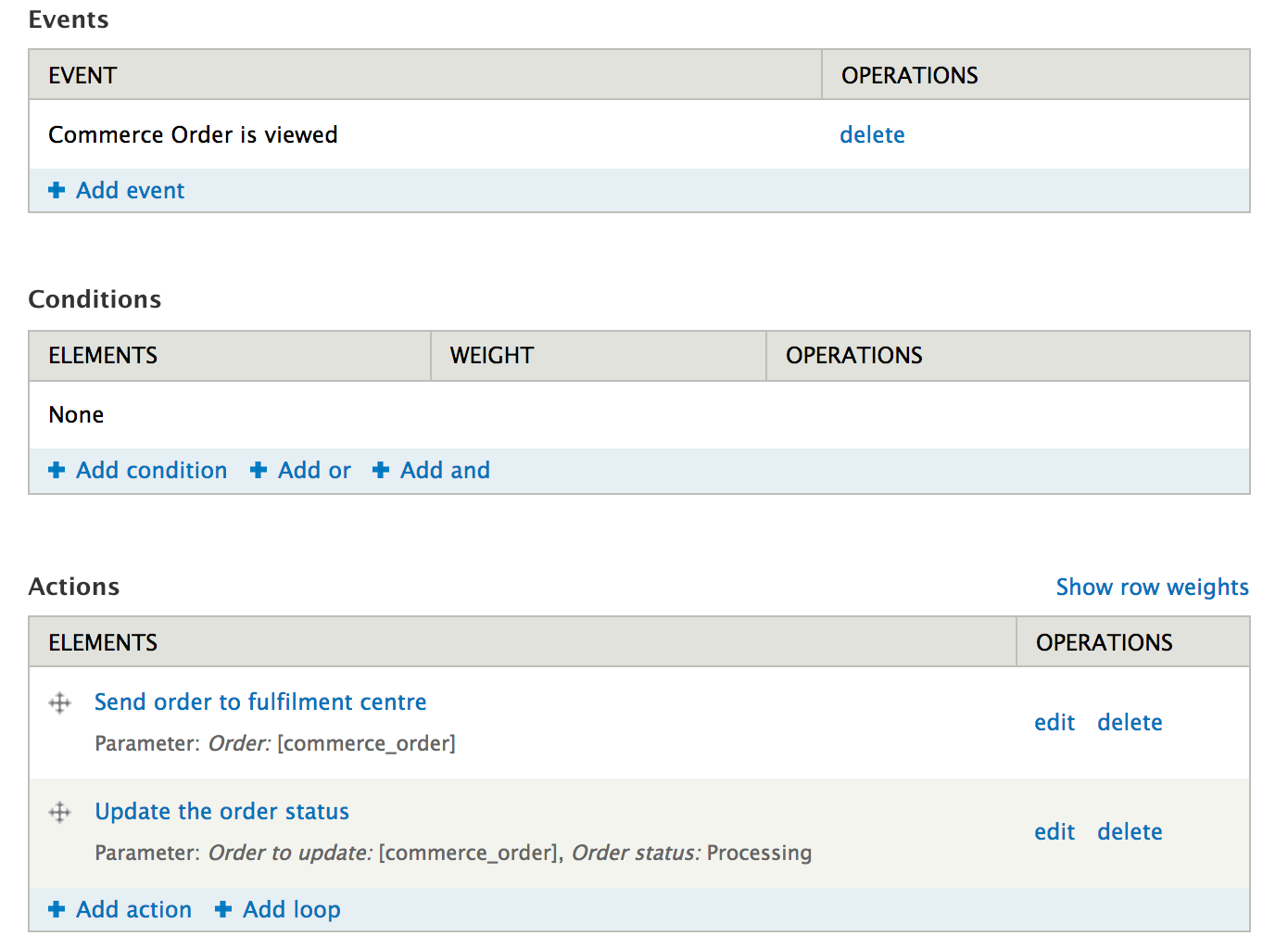 To provide conditional logic, you need the Rules Conditional module.

There's an open issue to document this further, and there's another meta issue which looks at integrating the conditional logic into the Rules module itself.

This module provides Rules plugins for conditionally altering execution flow directly inside a group of actions. Provided plugins include:

The answer to your question, may depend on what exactly you mean by the "if first action fails".

Have a look at the issue "After updating existing content" runs before content is saved, about an event which is a variation of your event here, and somehow explains that "after saving something" actually happens ... "before saving something" (which IMO is not a bug, simply how the Rules module works ...). That's probably not the reason why in your case the first Rules Action failed, but an even tougher scenario to get to work (in which even Conditional Rules cannot help you).

A possible compromise to avoid these kind of issues, is to transform what you're trying to do in your Subsequent Rules Action (for which you want to prevent its execution) in a Rules Component, so that after your First Rules Action you "schedule the execution" (using the Rules Scheduler submodule) of that Rules Component. For example after only a few seconds or minutes later on (if your cron job runs frequent enough, otherwise it'll be next time cron runs).

This approach will allow that, at the time the Rules Component is executed, you can try to add any relevant Rules Conditions in that Rules Component also. I.e to validate if the result of your First Rules Action is what you wanted/expected it to be. In certain scenarios (where you know something went wrong), you might even implement additional Rules logic to just delete the scheduled Rules Component so that it even doesn't actually get scheduled.

BTW, there are also scenarios where it is sufficient to just execute the Rules Component (containing the equivalent of your "subsequent Rules Action"), instead of using the Rules Scheduler to schedule its execution. In this case you can add similar Rules Conditions in that Rules Component also to validate the results of your First Rules Action.

Not the answer you're looking for? Browse other questions tagged rules or ask your own question.

2
How to prevent a Rules Action to happens twice using Rules Event User account validated?
1
How to prevent subsequent Rules to be executed if a previous rule is executed?
0
array value within Rule's PHP action always gives 0 instead of related uid
1
Redirect user to checkout if there is a product in cart
0
Why isn't my feature overridden after I change a rule in it?
2
How to definitely stop inside a Rule and prevent any further actions in the rule from executing?