Before anyone suggest the Comment Form Above Comments, I have already tried that it did not work.

Honestly there seems to be amazingly little documentation on this issue, given that comment form above the comments is so standard on many sites now a days I would figure there would be a simple button to click to make this happen.

This leads me to believe that either there is a simple solution that I am completely missing or there is no way to do this and I am doomed. Me I am hoping for the first one.

I have a blog site... I read about altering the core code of the comments module, but I have also heard that it is bad practice to alter the core code. So if there is another solution out there available to drupal 7 I would appreciate it.

I think you should copy modules/comment/comment-wrapper.tpl.php to your theme and change it there. The file is pretty much self explanatory. Hope it's helpful.

I am not sure what you mean by

Before anyone suggest the Comment Form Above Comments, I have already tried that it did not work.

But the following works for me.

In node.tpl.php I printed the form in the following order

Please see it in action in below image 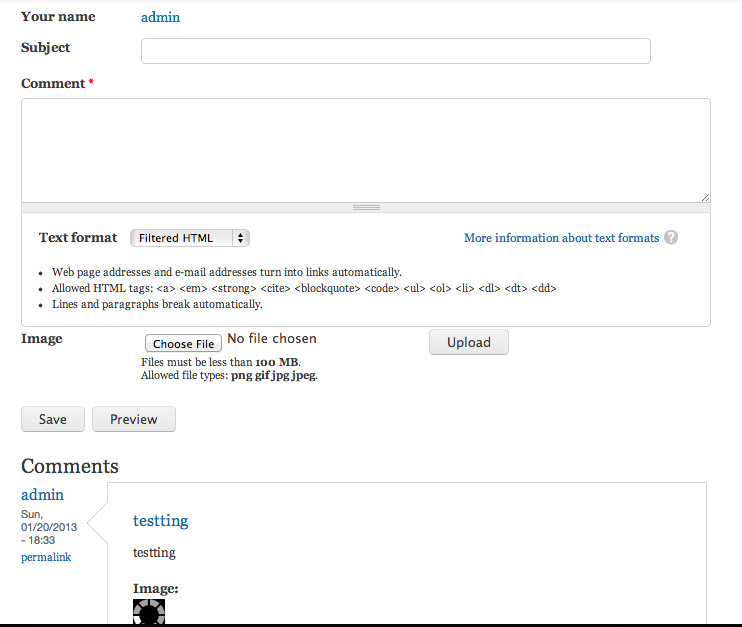 Not the answer you're looking for? Browse other questions tagged 7 comments or ask your own question.