I am researching if Drupal is the right choice for my project and so far it seems like it fits, except for one issue. I want to give my users ability to create new nodes from a page, let's say it could be something like creating a Facebook status and would reside at /statuses.

Then these nodes could be visible to other users from the same /statuses page. I don't want my users to deal with publishing and path and all those other options that are available via general Create New Node form - I just want to expose one field that they can fill out on /statuses, hit Submit and then have Drupal do the rest.

Is Drupal suitable for such tasks and what would be the most Drupal way to do it?

I am fairly new to Drupal but have tons of experience with other CMSs and frameworks.

The question is what would be the most Drupal-way to expose a single form field that will allow users to create a new node from a page.

Here's a mockup of the form and page that I want to make. So what would be the best way to proceed? 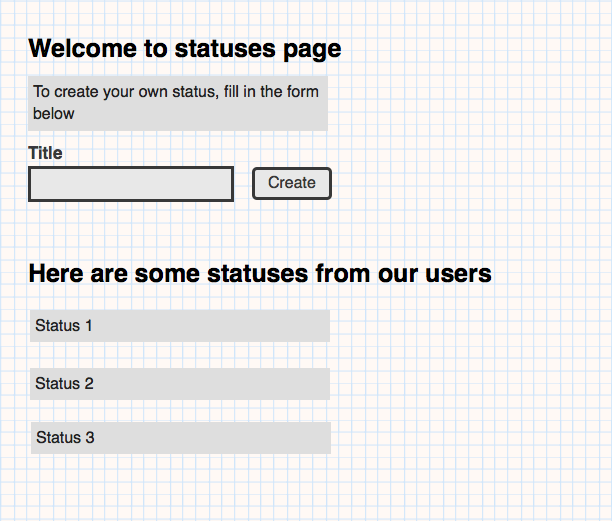 So you want to create something like simplistic Twitter/Facebook wall? Check following modules:

Module also provides "public timeline" page as well as followers and following pages, and a block of "recent microblog updates." 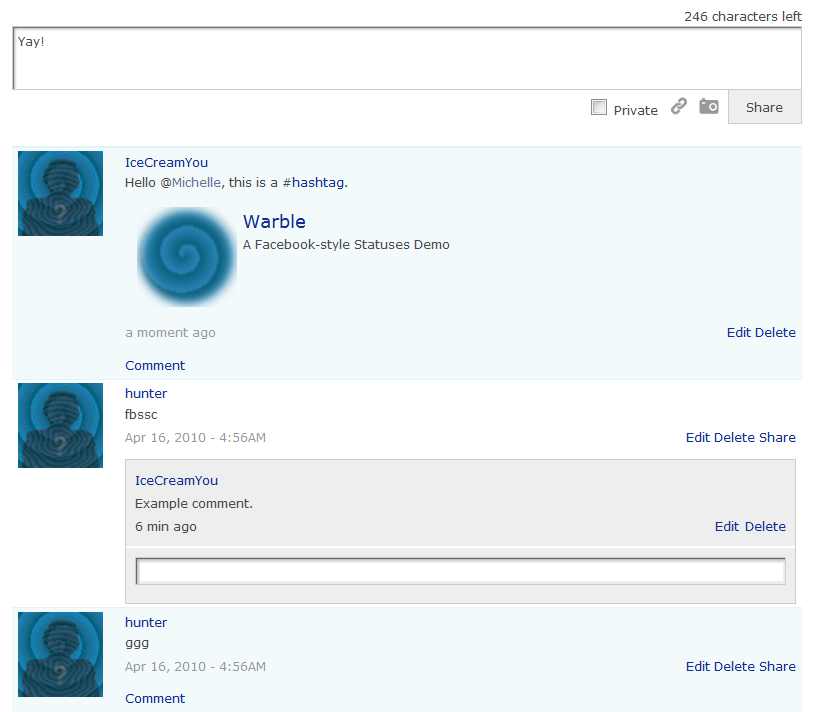 Provides status updates / microblogs like Facebook's Wall / News Feed, Twitter's Timeline, and Yammer's Feed. Users can update their own status or write messages to other users, nodes, Organic Groups, taxonomy terms, or other entity types. @mentions and #hashtags are supported, as well as comments on status updates, viewing conversations between users, the ability to "like"/"reply" to/RT a message, automatic updates without page refreshing, and integration with over 20 modules.

You can create activity streams or Facebook-like statuses with the Message module. Check it out.

Not the answer you're looking for? Browse other questions tagged 7 forms or ask your own question.