One is Civil and the other is MEP.

Landing page with navigation to the below two sections:

Screen shots of the design: 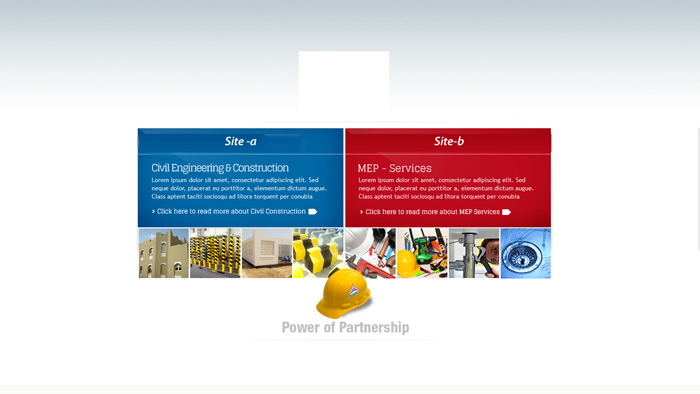 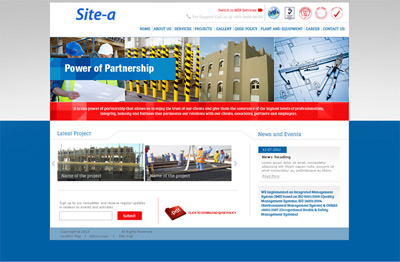 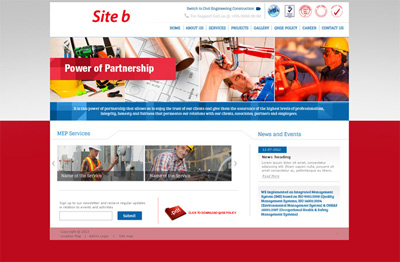 The exact requirement is as follows:

Please suggest me a solution.

I think, you want to create two different website with the same domain name and same admin section.

You can set different theme for both site using the module Themekey.

You can use the views module to display the content for specific site (civil or MEP).

These sites look almost identical. In fact, I would say that given the pictures, the layouts are close enough to use the following templating strategy:

In Drupal, it's very easy to create a front page that will be your landing page. You will simply create a template file called page--front.tpl.php and put whatever html you want in here, exactly like you want to lay it out. This will be what people see when they come to example.com/

I know we keep calling these 'sites' but they are pages instead. Indeed 'site-a' and 'site-b' will be two 'Basic Pages titled 'Civil' and 'MEP'. In my mind these are so close I would simply have have one layout template (page.tpl.php) with the same regions, etc. It looks like the only difference is in the content. So, to handle that I would use blocks and Drupal's default functionality to force blocks to appear on one page and not others.

So far you would have to templates - page--front.tpl.php for the home page and page.tpl.php for all other pages. In the event you indeed wanted to have a different layout for pages Civic and MEP you could even have templates for these. If Civic had a node ID of 3, for example, and MEP of 4, the template names would be page--node--3.tpl.php and page--node--4.tpl.php. Please see the Drupal theming guide for more details.

You will have two menus created for site-a and site-b. There will be blocks for each in the Blocks section under structure. You will put both blocks in the same region (say, 'menu-region' if that's what you decide to call it). Then, edit one block to 'appear only on the following pages' and type in:

Then, edit the other block to 'appear only on the following pages' and type in:

Drupal will automatically know which menu to load. Also, each of these blocks will have their own css tags in the markup, so it will be easy to style them.

For the other sections, you would repeat the process - add all the blocks you need to appear in one regions, but edit them to show or not show based on what site (page) you are on.

Not the answer you're looking for? Browse other questions tagged theming multi-sites or ask your own question.

1
Custom home page with block and jqDock
0
What are the security trade-offs between Organic Groups and other methods?
1
How to add section titles to group fields in content type input form used to create content?
0
sub directory multisite just redirecting to default after first page
0
Theme are different between different user
1
overriding template file of display suite layout applies on other pages
0
Create a subtype of Panel & style it with a template