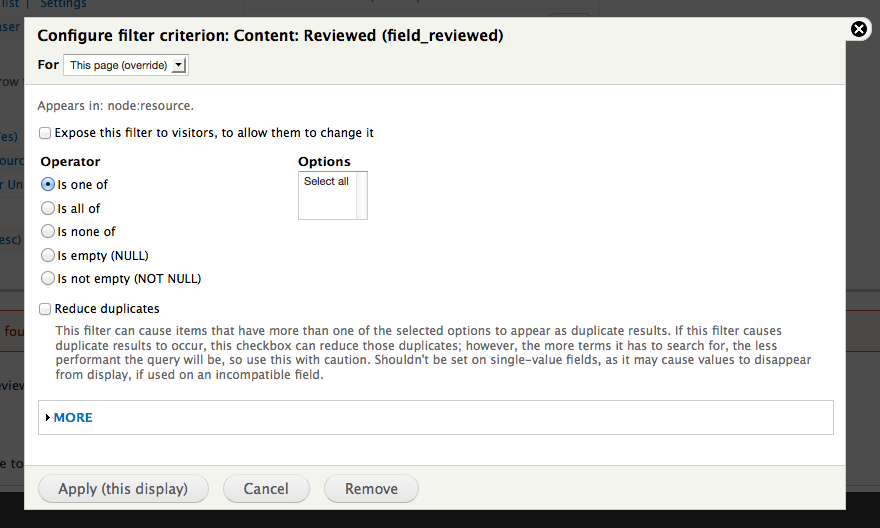 0
Do exposed filters work in Views 7.x-3.3?
1
Exposed view filtering on a related node's value
1
Only show content in a View if the content has a checked field
1
create text box search for multi select field in view
0
Drill-down contextual filtering
1
Populate a Chosen select list from a view
0
No results view filtering on newly added field of content type
1
True/False exposed Views checkbox for Computed Field
0
Defaulting a value for a new boolean field added to an existing content type with content?