I have referred many links including the following:

I tried several ways to POST a new node to a Drupal site, but I have failed. I have created a sample CCK for storing students data with name, age, gender, DOB, and added some list.

I have installed and configured the Services module (D7), and created a service end point at services.
As expected, GET is the easiest way to get details of a node in JSON. http://localhost/drupal/services/node simply listed all nodes.

I still can't figure out how to use the POST method.

Can anyone guide me to make the above work fine?

I tried adding new nodes of type article . It worked fine. but when i am trying to add nodes of type Department CCK It is showing "s:22:"CSRF validation failed";" Here are the screen shots

I followed session = session_name=session_id but i still get an error. 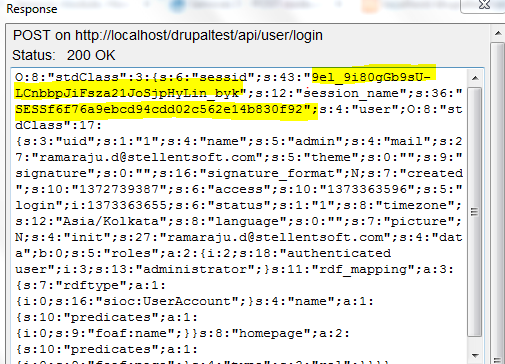 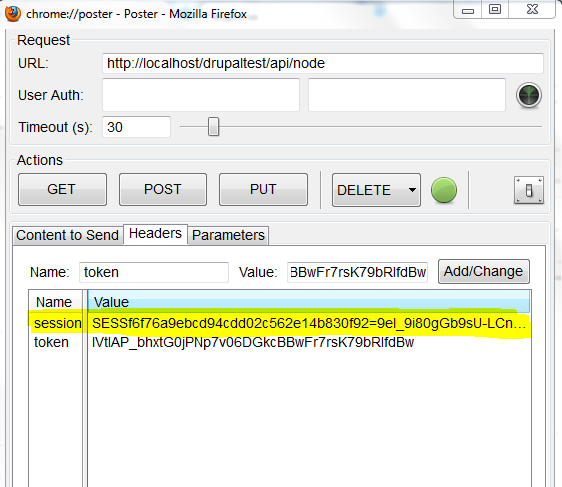 Hope this will help you,

If the login is successful, you will get a response object with 4 properties: 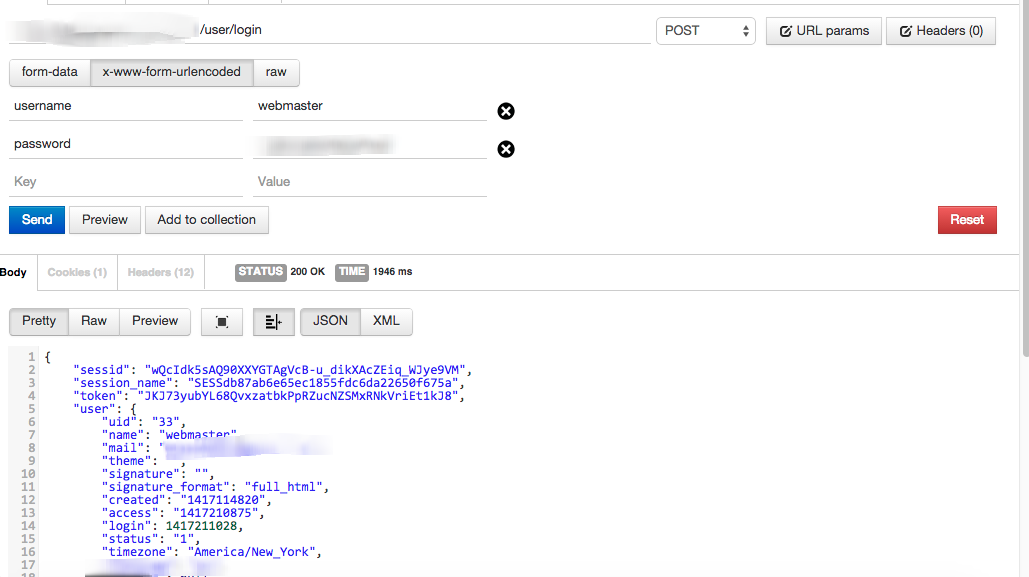 Step 2: Issue a post request to node with 2 headers 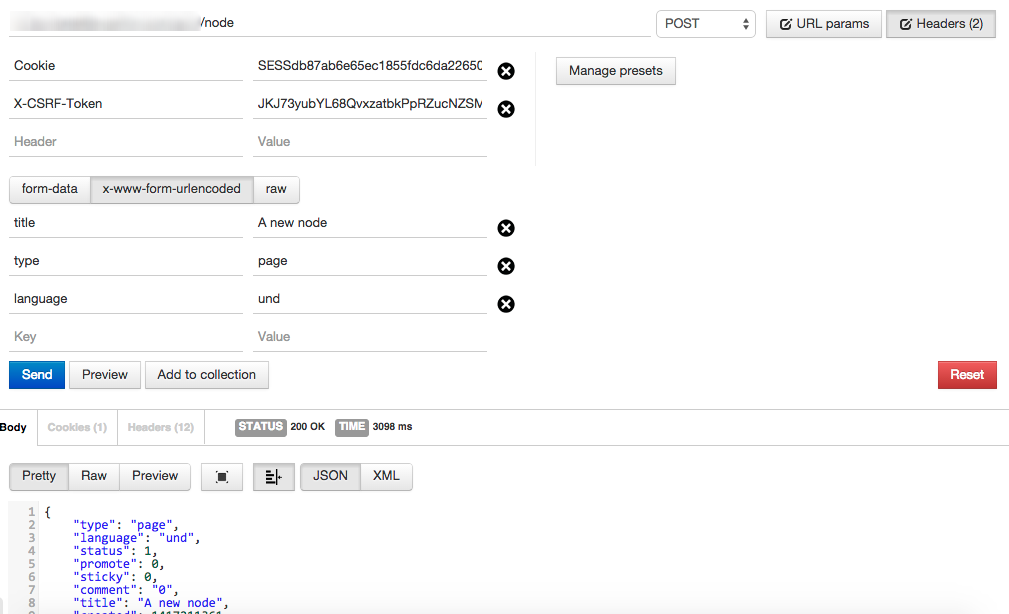 If you do POST to the REST API then you will have to put everything into POST data, not to URL. In Postman you can set the request to post, than type to x-www-form-urlencoded and below that you can add your data values. Don't forget to add status, uid, language, type, title and then the extra values. The resource URL should be only HOST/REST_API_PATH/node.

Not the answer you're looking for? Browse other questions tagged services or ask your own question.

0
how to write web services CRUD operations for perticular Drupal content types
11
How do I construct the JSON data with session info for creating node?
3
use xmlrpc to authenticate and create a node via services module 3.x and drupal 7
3
Creating a node using Services 6.3 REST

0
What will be the post parameter when specifying vocabulary term?
11
How do I construct the JSON data with session info for creating node?
1
Post AJAX JSON with session id
6
New User Registration Sequence for Services 3.4?
0
Post image via webservices
0
How do I create a Forum topic post?
1
Getting 401 / 406 error from node creation with authentication
1
Create node using services