How to dynamically group content in a views listing

I've hit a massive wall in trying to group a list of nodes displayed through a view on my Drupal 7 site. Currently I have a view that lists a group of nodes that are under a specific vocab term. I then use a weight field to make sure they are in the order that I would like. This works just fine.

Here is an example on my site. In this example I have 11 videos bundled together under one taxonomy term.

The big caveat is that I want to be able to assign these "chapter headings" at different spots for each video series that I have. I don't want to have Chapter 1,2,3 in the same position every time.

Here is an example of how I would like to be able to group my individual videos. Take a look at the video list on the left.

One route that I tried was to create a new Vocabulary called "Video Headers" and then create terms for each header that I wanted. I then created a new term reference field in my video content type where I would choose the corresponding "header" term that I wanted. But I am having trouble grouping this in my view. It's just not grouping correctly.

I've looked into the Book Module, but that doesn't seem like the right fit. My gut tells me that it has to come down to using taxonomy terms to group these videos.

UPDATE: Thanks to Jason below I was able to almost get it working. The problem is that all of my videos show up in the view rather then just the videos that are under a term. In order for my lists to work I have to have a contextual filter:

UPDATE #2: Figured it out! With help from Jason below, I also added a contextual filter of "Has Taxonomy: Term ID". That showed only the nodes associated with a term. 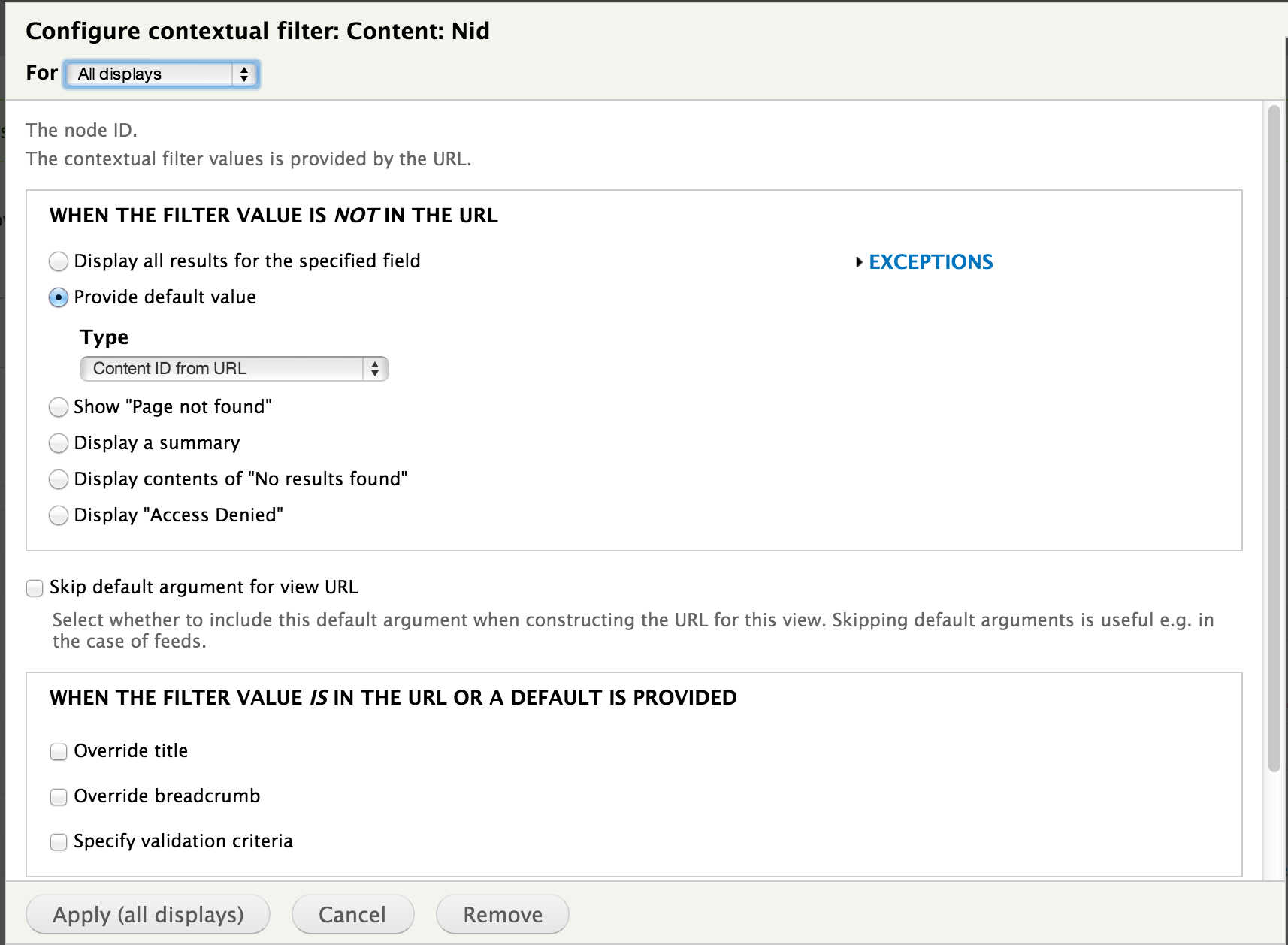 So as soon as I add that contextual filter, it ruins my grouping and groups all of the videos that I have together with one header. Somehow that is breaking it.

Add the taxonomy term (or entity) reference field to your output, exclude it from rendering, and configure the format settings to group on this field.

Adding this to your sort, will allow you to sort the view results based on the node's referenced taxonomy term's weight within the taxonomy vocabulary. You could also sort on the term itself, if your term names will include numbers like, "1. Chapter 1" and "2. Chapter 2", etc.

Not the answer you're looking for? Browse other questions tagged 7 views taxonomy-terms or ask your own question.

0
Create chapter titles within a view

6
Group nodes by terms
4
How do I group taxonomy by hierarchy, not node?
4
How to change a term URI based on content type
1
Taxonomy view to display all terms
0
Create chapter titles within a view
1
How to output every second grouping in views?
0
How to print a taxonomy term's field value alongside a Views grouping header?