I have created two roles: Editor and Reviewer.

Editor must only create unpublished nodes; instead, Reviewer must publish and view these nodes.

How can I make users with a role see unpublished nodes? If I set the permission "Access the content overview page", the users with that role can modify all contents and I don't want this.

I would "set the permissions 'Access the content overview page' ...", and combine that with using the Rules module to prevent "the Reviewer can modify all contents". Read on for more details about how to do so.

Create a rule (using the Rules module), that is a variation of the rule I included (in export format) in my answer to the question about "How to restrict access to a node via node/12 and allow access via a path like content/sometitle?".

These are the changes to that rule to make it work for this case also:

Note that the Rules Event is "Drupal Is Initializing" ... Otherwise you are, for sure, "too late": you don't want the rule to be triggered after the edit session has been started already, instead it should be triggered before that. I.e when Drupal is getting ready to start an edit session.

Haven't experimented/tried creating this rule (= variation of the rule in the answer I mentioned above). But pretty sure it'll work.

You may also want to look at my answer to "https://drupal.stackexchange.com/questions/182958/how-to-limit-appearance-settings-based-on-roles-permissions/182959#182959" for another example of a rule, which uses some techniques similar to what you'd need here.

Solution 1 should work, but its weakness is that it's based on "Bypass Content Access Control". Personally I do not like that either. So I agree with your comment about that (a comment which has been removed via moderation). But hey, it's "a" solution to answer "your" (original) question.

If it was up to me to implement a "real" solution for the challenge you're trying to solve, I'd go for a plan b, as further detailed below.

Have a look at my answers to either of these questions:

These answers explain how you can implement a workflow that is pretty (though not exactly) similar to what you are looking for.

To do so, it "only" requires you to use these modules (and regular content types):

And by using such approach, it does not require modules like "Webform" or "Workbench" (modules that are typically involved for these kinds of workfows).

Note: This "Solution 2" is also how I implemented a variation of your question on 1 of our own sites: it starts from an Issue (= problem or feature request), evolves to a Recipe (= instructions about how to get something to work) and ends with a Software solution (= a plugin or so, whereas the Recipe becomes part of the documentation). Node Convert and Content Access do most of the work for this, and even works in D6 ... 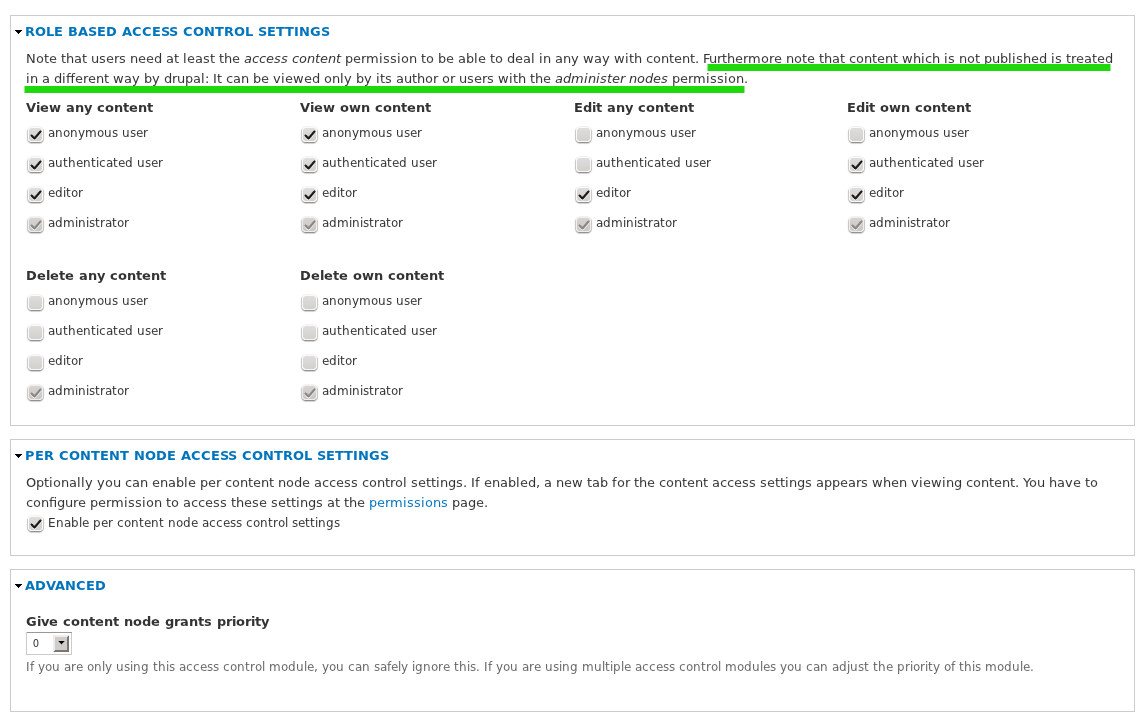 You can use unpublished_node_permissions which creates granular permissions for each role which can be edited by an admin under admin/people/permissions to view unpublished nodes per content type.

It also takes care views permissions so for example admin/content view will filter nodes correctly as per the user's role permissions.

NOTE: there is a known bug with D8 multilingual sites and views that might create undersireable results.

You can use https://www.drupal.org/project/access_unpublished. You do not need to worry about the role or even creating user. This module generate a hash key as query parameter along with node URL. You can also set lifetime of the hash key before it expires. You just need to pass this to the person whom you want to give access to. This is very useful in case of proofreaders.

Hope this is helpful for others too.

5
How to restrict access to a node via node/12 and allow access via a path like content/sometitle?
7
How to implement a multi step approval with webforms/entityforms based on form components?
3
How can I allow anonymous visitors to submit content?

31
How do I let users unpublish and publish their own content?
4
How can I redirect the users after confirmation basing on the roles they have?
3
Use Views to display unpublished nodes to authors, but not to other users
6
How can I allow authenticated users to edit their nodes only while they are unpublished?
4
In Drupal 7, how do I allow users to see their own unpublished content?
2
How can I let anonymous users view user profiles by role?
0
nodeaccess prevent some roles to view views contents even if they allowed to access
1
User based node saving