How to create a specific menu for specific users?

This you can do easily with Roles for Menu module.

This module allows you to restrict access to menu items based on user roles. It is used when you don't want to copy your whole menu just because for one specific role you want to hide one menu item.

Both does pretty much similar activity.

3. Creating a User: Now, create two user, as shown in following image by going at People/ -> add new user, and give corresponding role which we created in step-2. You can see all specifications in the image.

4. Menu item creation: I have created a 7 Menuitems in the section Main menu by going as Structure/Menus/Main menu.

Now, during the each Menu item creation, you will find the following option at the end of page, and from there selection, FOR WHICH USER YOU WANT TO SHOW THAT MENU-ITEM. Like in follwoing case we want to show Menuitem1 to userX and userY both. 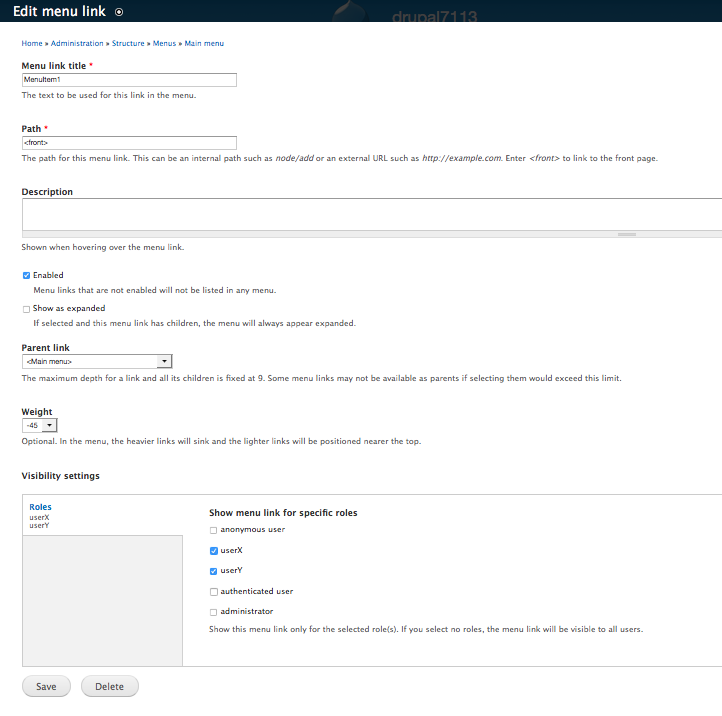 I gave the user role visibility as below, because, I want to show first 4 item to userX Role and all other to userY Role.

Basically, you create 2 menus. One menu with the links for regular/authenticated users and another menu for Administrator with the admin links.

Then go to blocks (/admin/structure/block) and find the menu blocks and click configure. Then set the visivility to the approprate user roles. 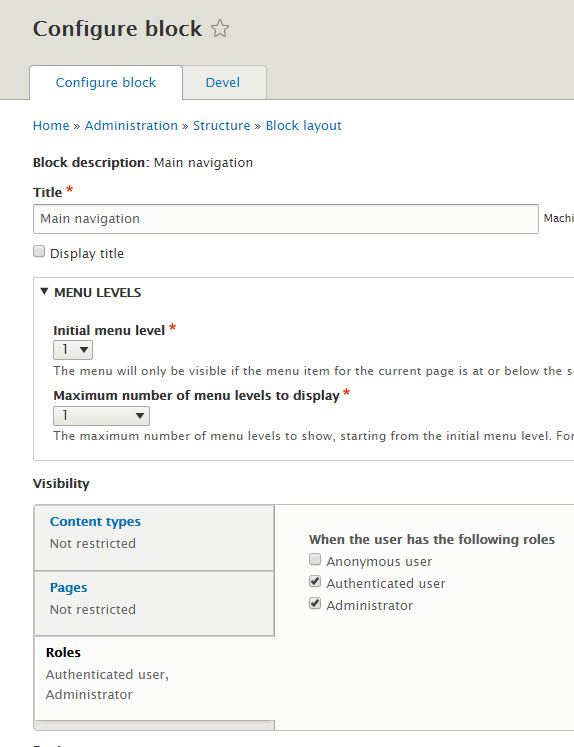 2
how to create a link to mysite/user and how to theme mysite/user?
5
How to grant userpoints to users who perform a login 5 days consecutively?
0
How to add link in user menu which is available for loggedin users in drupal
0
How to create independent sections, which consits of menu and more pages automatically
1
Show create content menu item to ananymous users but call URL for login/register popup on click
2
How to remove 'Main Menu' from my mobile view (using Superfish)?
1
how do i add a login menu to superfish menu module?
6
How can I create a menu link that shows only to authenticated users?
3
How do I create menu programmatically?