Is there a way to load the current entity object?

Is there a way, from anywhere in drupal, to get the current entity object? I'm using the hook hook_filter_FILTER_process() and I'd like to replace things in the $text with data from the entity, but it doesn't look like there is a way to access the entity without doing something like

This works most of the time, but sometimes (like taxonomy terms) it doesn't. On top of that, this is really messy as it makes another call to the database.

Is there a better way to do this?

menu_get_object() provides access to objects loaded by the current router item. For example, on the page node/%node, the router loads the %node object, and calling menu_get_object() will return that. Normally, it is necessary to specify the type of object referenced, however node is the default. The following example tests to see whether the node being displayed is of the "story" content type:

You can use this with any router-loaded object so it stands to reason that on entity pages (including taxonomy term pages) that this would get you the correct object:

On further inspection you still have to pass the position of the ID in the URL as a parameter to menu_get_object() so it's pretty much the same as using arg(), but it's arguably a bit cleaner. For taxonomy terms the path is taxonomy/term/% so you would call:

It's worth bearing in mind that entity_load will only incur a database call if the entity hasn't previously been loaded in the current page request. If it's already been loaded, it will be served from the static cache.

Just to add an example of the static pattern to avoid reloading the entity over and over again if you're getting memory errors:

The proper way is using menu_get_object().

Input filters don't have any way to get the entity for which they are called to render.

Actually, an input filter could also be called in situations where an entity is not involved at all. For example, the Views module allows you to set the header of a view, and gives you the following options. 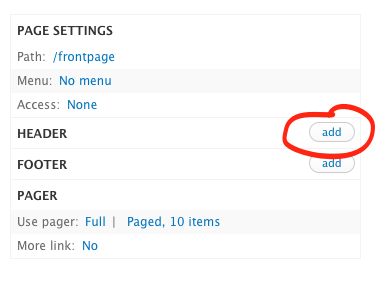 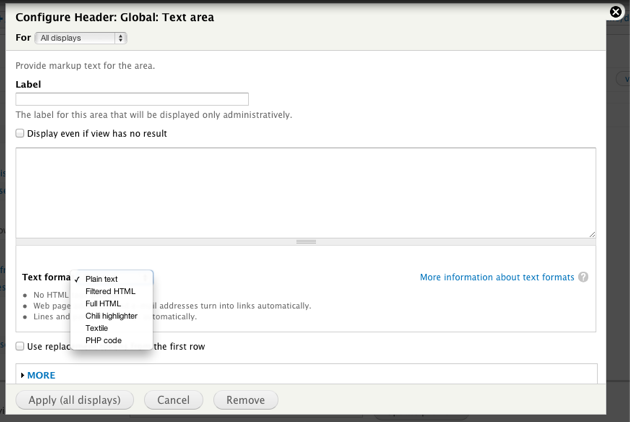 As general guideline, input filters should not take assumptions about how they are used, as they could be used to render any text obtained as input from the user; the view's header used from the Views module is just an example, but there is nothing that would stop another module from using the same method.

Not the answer you're looking for? Browse other questions tagged 7 entities input-formats or ask your own question.

9
How do I get entity_type and entity_id from any entity page?
1
How to load the current entity object (Profile 2)

2
How can I provide a filter with context/nid of node invoking?
2
Is this a good way to make fields accessible for an empty entity object?
1
Rules + Button Field: getting entity object to a custom action
1
Using Entity API, if given an entity in a function scope, how do you get the entity type?
1
How to load the current entity object (Profile 2)
2
Programmatically added taxonomy terms not being indexed
4
Suitable way to hide a paragraph entity
3
Is it better to create a taxonomy term using the 'create' method of the base Entity class or the entity storage manager?