Filtering list of nodes with attached views by taxonomy of node

I have a single article (page) which has an attached view thats displays a load of nodes (in a content called 'courses').

These nodes have a term reference field called 'language' which assigns them to a specific language the course is taught in.

Each of these nodes have an attached view which lists a load of related nodes (in this case 'products'), and these are also assigned with the same taxonomy called 'language'.

What i am attempting to do is to list these nodes, with the attached view filtered by the same taxonomy 'language'.

I've attempted to set up the view using contextual filters with the notion of getting the parent nodes id (When filter is not available use taxonomy term id from URL) but this only gets me the id of the top level node. What i'm looking to get is to pass the language tid from each course to its attached view.

I've used hook_views_query_alter to add on the join table for the languages table which i'd like to then fill with the tid from the passed taxonomy term to do the filtering.

Anyone done such a thing? seems pretty straightforward as it feels like i'm doing something in the wrong order (ie its rendering the view before attaching to the node).

I would pursue the hook_views_query_alter() way, and using arg(1) and node_load() to load the node you are viewing and get the 'language' value from the node field. Add that value as a filter for your view programmatically.

Is this enough for you to continue on your own?

Here is my take on this. I am not using the hook_views_query_alter approach and therefore I find @dmsmidt's answer to be closer to the original question. However, this answer solves the problem and avoids using an additional custom module.

Here are the key points of my approach:

The php code that does the trick is:

Node's language property: A tiny remark about your general design: Had you used the core language functionality of drupal, e.g. with Content Translation, you wouldn't even need the PHP workaround inside views, the Course's language is available as an contextual argument parameter in the Dynamic Field's configuration. Then the condition Course:language == Product:language would have been a lot easier to configure in the view.

Finally, a screenshot that shows a view of all Articles (Courses) and their related Pages (Products) filtered by the parent's Course language: 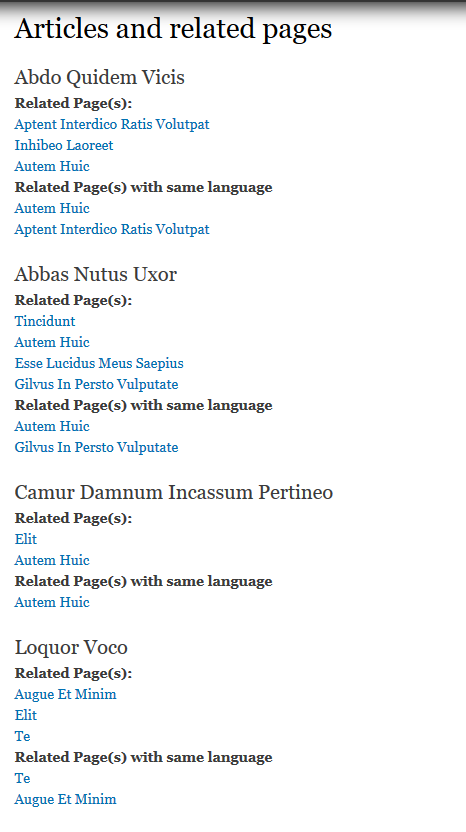 Not the answer you're looking for? Browse other questions tagged hooks views display-suite or ask your own question.