I am dealing with an older d8 site that has a feed item of a custom type with custom processor. When I go to admin/content/feed and click on an existing one and I go to feed/id/import I get access denied. If I add a new one I do not get the same error but I am trying to understand what defined support for the "import" operation for a feed? 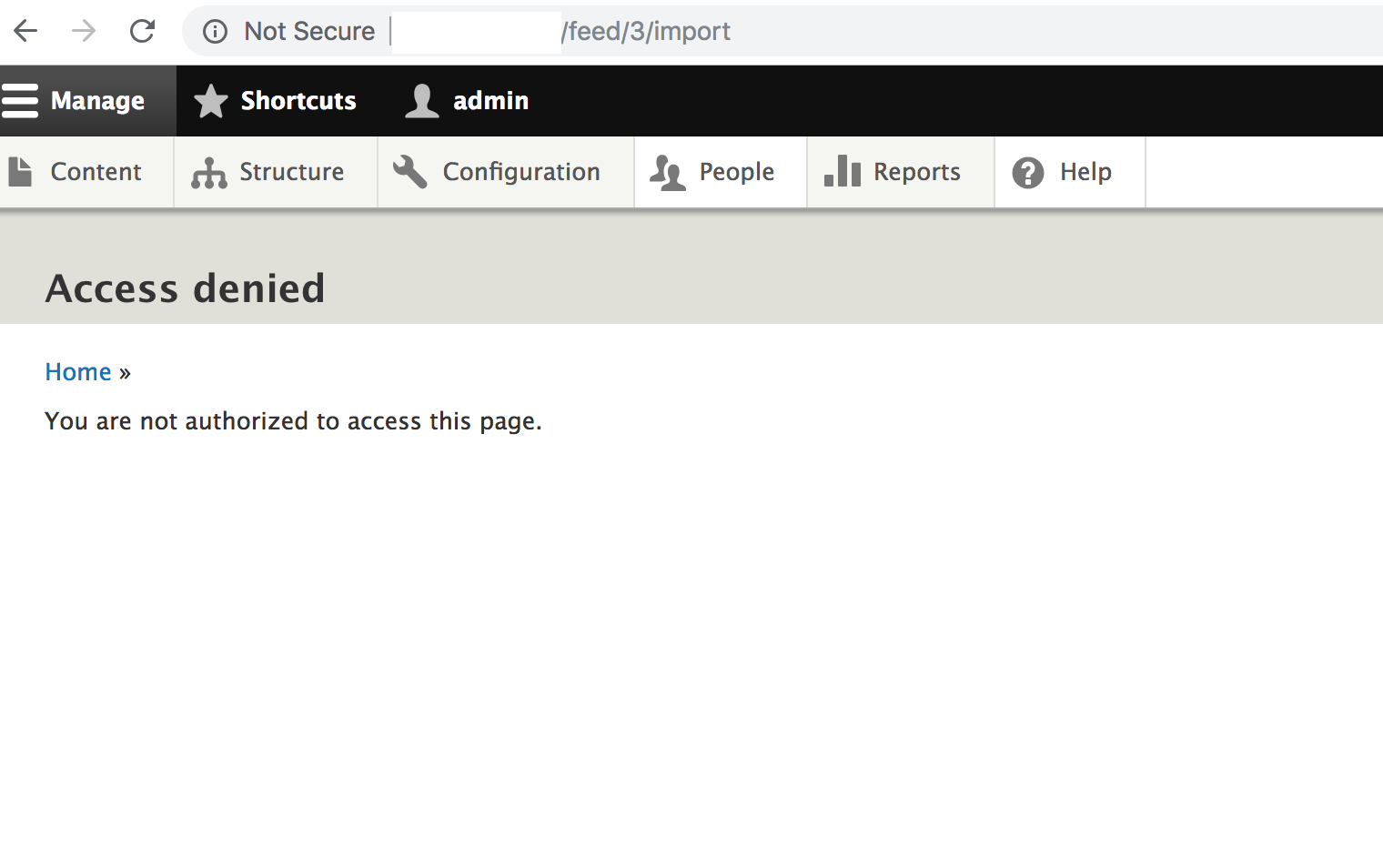 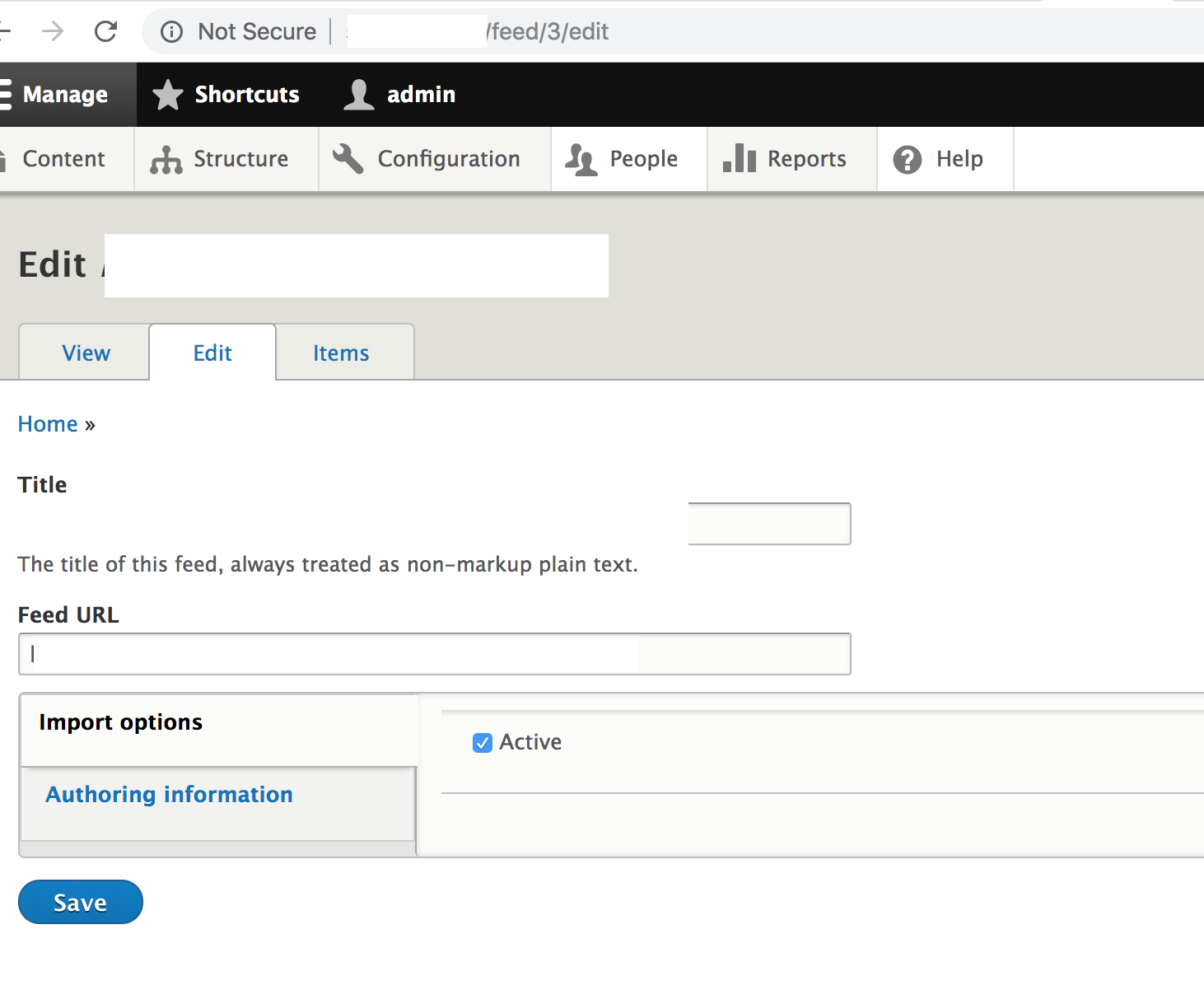 Feeds locks a feed when you start an import from it. As soon as the import finishes, the feed gets unlocked again.

When a feed is in a locked state, you cannot initiate another import. Therefore feed/id/import results into an access denied page.

There can be occasions in which an import failed to finish. This can for example be caused by bugs in Feeds or other modules. An other possible cause is that the database server restarted or stopped in the middle of an import. If you use periodic import on the feed, it may be that the import did not fail to finish, but just needs a few more cron runs.

To unlock a feed, go to the feed page and click on the "Unlock" button or go to feed/id/unlock. If you see no button or get access denied for that path as well, try to clear caches. Drupal caches access to menu paths (Feeds does clear the cache for the paths in question when a feed gets locked or unlocked).

Not the answer you're looking for? Browse other questions tagged feeds or ask your own question.

4
RSS feed not updating using feeds module
0
Feed import breaks due to ajax error
0
On feeds, how to access ORGANIZER source
0
Feeds importer pass header values when fetching feed
0
Can't import from XML using Feeds importer and XPath parser
1
How do I properly add a custom source for RSS feed import?
0
How do I skip importing a duplicate item?